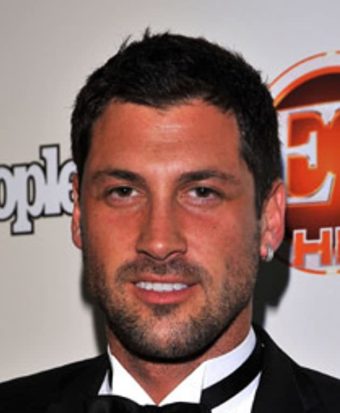 Maksim Chmerkovskiy is a Latin–ballroom dance champion, choreographer, and instructor who was born in Ukraine but grew up in the United States. He is widely recognized as one of the professional dancers on the American television series Dancing with the Stars, having first appeared in season two.

From season 11 through season 17, he was a professional dancer on Dancing with the Stars, having reached the final round five times and two runner-up places. On May 20, 2014, Chmerkovskiy teamed up with Olympic ice dancer Meryl Davis to win his first Dancing with the Stars crown. Chmerkovskiy has also danced in stage versions of Burn the Floor and Forever Tango on Broadway.

How tall is Maksim Chmerkovskiy? He is 6 ft 2 inches tall and his body weight is 82 Kg. He does home body workout which includes Push-ups, Triceps push-up, Plank, London Bridges. He looks really handsome in his short hairstyle that is apparently brown in color. His stubble bearded style provides him gentlemanly looks. He has a pair of brown-colored eyes.

According to Chmerkovskiy, men, women and boys are being recruited to defend Ukraine against Russia.

Ukranian-born “Dancing with the Stars” pro Maksim Chmerkovskiy updated his social media followers Friday on the conditions in Ukraine as the Russian invasion continues.

“I’m out here, again, I’m safe,” he said in the video clip. “We haven’t been told to move, and I’m just following instructions. That’s all I can say. But the reality is that I’m also talking to my friends that are here, the Ukrainians, and the situation is pretty dire.

“People are being mobilized,” Chmerkovskiy added. “The whole country is being called to go to war. Men, women, boys … are going forward and getting guns and getting deployed to defend the country.”

The choreographer’s Friday update followed multiple posts from Thursday, when he revealed he was in Ukraine during the invasion.

Chmerkovskiy shared a glimpse of the scene unfolding in the heart of Kyiv, where parents could be seen walking with their children with bags and suitcases, desperate to flee.

Russia launched an attack on Ukraine, including Kyiv, this week that Russia described as a “special military operation,” killing dozens.

“I’m in Kyiv, contrary to what I probably should have done a while ago, but again everybody has sources and resources and I have mine and I trust my sources and no one saw this coming,” he said in the video.

“Not that no one saw this coming, but everyone was hoping that the finality of this situation would be averted, that there’s not going to be this kind of aggression.”

“Please pray for my husband Maks. I don’t usually ask these things from my social media network, however today is extremely hard and the next few will be even harder,” she wrote on Instagram.

Russian forces closed in on Ukraine’s capital of Kyiv Friday, apparently encircling the country after a series of air strikes on towns and military sites around the nation. To reassure Ukrainians that he and other top officials would remain in Kyiv, President Volodymyr Zelensky released a video showing him and his senior staff outside the presidential office.

The military campaign, which was expected for weeks, is Europe’s biggest ground conflict since World War II. It has the potential to create a new “Iron Curtain” between the West and Russia, with global ramifications.