Who is Lucas Jade Zumann dating in 2021, Shannon Sullivan? 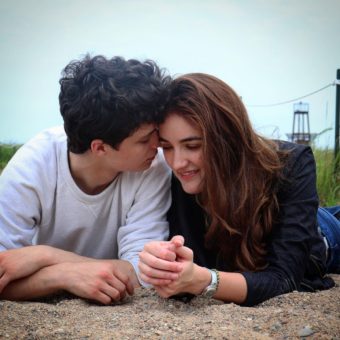 Shannon Sullivan is an American citizen who is best known as the girlfriend of Lucas Jade Zumann. He is well known for his feature film debut in the role of Milo in the 2015 horror movie sequel Sinister 2, he would go on to land the part of Henry Perry in the 2016 flick Thrill Ride. He booked a starring role in the Netflix series Anne with an E.

Shannon Sullivan has over 170k followers on her Instagram account. She holds American nationality and belongs to mixed ethnicity,

Many instances have been observed when the young star and his companion were seen on her YouTube channel. While Zumann’s spouse has been seen singing beautiful songs in Spanish and English, he has generally stuck to playing the guitar along with her.

The pair has written many hit songs together. Some of their most famous songs are The Way Time Works, Won’t Allow Me In, Every Little Thing She Does, and more. When it comes to recording the songs, the twosome is known to prefer their bathroom over their living room. Sullivan also likes to refer to it as “Bathtub Covers” while the two sit in the tub while recording tracks.

On her eponymous YouTube channel, the actor and his girlfriend post numerous videos taken in the bathroom. The pair recorded their second original song, Cancion II, in a recent video uploaded in December 2020.

In the clip, Sullivan stated that the bathroom may appear odd since Zumann wanted to create a “dreamatorium” in it similar to that seen on TV series Community. The bathroom was draped with black and blue boxes as a backdrop to give it an “atrium” feel. Even in that video, as usual, Sullivan sang with her wonderful voice, and the actor played guitar behind her, which is one of his interests.

After completing the song, the couple high-fived, and Zumann even complimented her singing. He said, “That was a good one,” and we totally agree.

Besides appearing on her videos, the 20-year-old actor also posts many pictures with his girlfriend on his Instagram account.

In August 2018, he first posted a picture with his partner where the duo was seen kissing each other, and beside the adorable snap, he wrote, “miss you already.”

Since then, the two frequently post photos, giving major couple goals to the fans. Zumann also uploaded a selfie together in October 2019, where he wrote that building their home together has been one of the best experiences of his life.