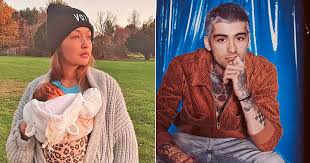 Khai Hadid is best known as the firstborn child to international celebrities Zayn Malik and Gigi Hadid. Her birth was covered in numerous publications across the web. She made her Instagram debut a few days after her birth in a black and white photo.

Moreover, Yolanda Hadid posted a few pictures of her granddaughter Khai Hadid Malik on Instagram. Khai is the baby of model Gigi Hadid and musician Zayn Malik, and she rarely makes any kind of appearance on social media or in paparazzi images. The collection of images showed Khai with her grandma on what looks like a farm celebrating the toddler’s first birthday.

Without showing one-year-old Khai’s face, the pictures feature her helping Yolanda feed a baby cow, pet a tiny goat, and ride a mini-horse. Each photo is more painfully cute than the last.

Part of the reason Khai isn’t often seen on social media is that Gigi Hadid has been very public about not wanting her daughter to have a public image before she even understands what that means. In July this year, she posted an open letter to photographers everywhere about taking pictures of kids.

Gigi Hadid and Zayn Malik welcomed their first child together, a baby girl named Khai, in September 2020. They announced her arrival on Sept.

They announced her arrival on Sept. 23, with Malik posting a photo to social media captioned, “Our baby girl is here, healthy and beautiful to try put into words how i am feeling right now would be an impossible task. The love I feel for this tiny human is beyond my understanding. Grateful to know her, proud to call her mine, and thankful for the life we will have together x.”

Singer Zayn Malik released a statement amidst reports that he hit his partner Gigi Hadid’s mother Yolanda Hadid. Sources told TMZ that Yolanda claimed that Zayn struck her. In the statement, Zayn asked for privacy because he wants to create a safe space for his and Gigi’s daughter Khai Hadid Malik.

Recently, Zayn shared a statement that read, “As you all know I am a private person and I very much want to create a safe and private space for my daughter to grow up in. A place where private family matters aren’t thrown on the world stage for all to poke and pick apart.”

Addressing the rumours about his argument with Yolanda, while not mentioning her by name, Zayn added, “In an effort to protect that space for her I agreed to not contest claims arising from an argument I had with a family member of my partner’s who entered our home while my partner was away several weeks ago.”

Some Facts about Khai Hadid

Since Khai was born in September 2020, Gigi and Zayn have said that they do not want her face being shown online.

They have posted photos of her on Instagram on multiple occasions, but they are always taken from behind and do not show her face.

Speaking to Vogue, Gigi once said that she was inspired by the way Blake Lively and Ryan Reynolds, who chose not to show their kids publicly, had raised their three children.

When photos of Khai were leaked earlier this year, Gigi posted a statement on her Instagram Story in which she asked people to blur out Khai’s face in order to protect her privacy.

She said that she wants Khai to “choose how to share herself with the world when she comes of age” and hopes “that she can live as normal of a childhood as possible”.