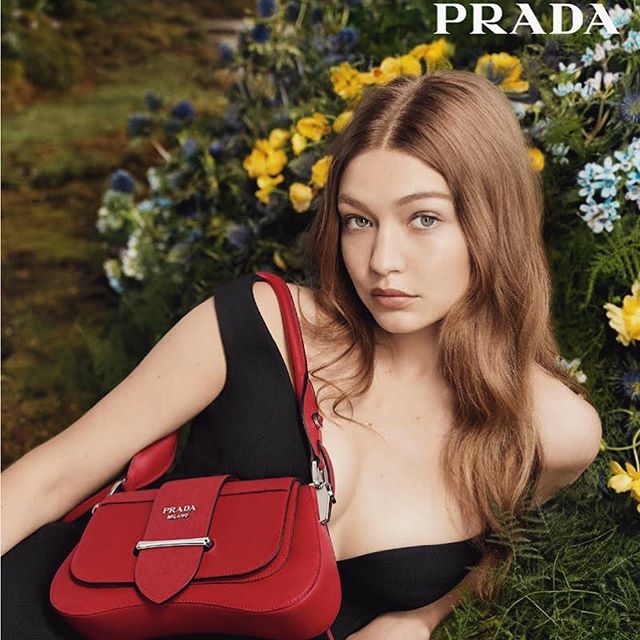 Jelena Noura better known by her stage name “Gigi” Hadid is an American fashion model. In 2013, she is signed by the IMG models and in very short span of time she ranked in the list of Top 50 ‘Models.com’. In fact, in the time period of only four years, she has made 35 appearances on the cover of various famous magazines like, Vogue etc. By British Fashion Council she titled as the Model of the Year. In February 2014, walking for Desigual’s show, she made her first debut with New York Fashion Week. She also starred alongside actor and model Patrick Schwarzenegger. She had been starred in the campaigns for Tom Ford F/W 2014 Fragrance and Tom Ford Beauty as well. In 2014, she was on the cover of Galore magazine and Carine Roitfeld’s CR Fashion Book. Other than this, the very gorgeous model has an immense popularity on bher social media platforms. She has over 51 million+ followers on her instagram account under user name ‘gigihadid’. In fact, she has over 4 million+ followers on her facebook account and surpassed over 9 million+ followers over twitter account as of Jan, 2020. Tune in bio.

Who is the boyfriend of Gigi Hadid? She is in relation with, Zayn Malik from November 2015 to November. Now, the couple is excited for their first baby. She confirms her pregnancy by posting, “We’re very excited, and happy and grateful for everyone’s well wishes.” It’s official!” She also appeared in Malik’s music video for “Pillowtalk”. They appeared together on the August 2017 cover of Vogue. In March 2018, the duo separated and then reconciled in June 2018. Then they finally broke again in November 2018. She does not revealed anything about her current relationship status on any social media platforms or anywhere else.

Talking about Gigi Hadid’s Education, she done her graduation from Malibu High School, in 2013. She was also the captain of Malibu’s varsity volleyball and an equestrian. After high school, Hadid went to New York City to study criminal psychological at The New School. To focus on her modeling career, she suspended her studies.

How much is the net worth of Gigi Hadid? Her net worth is estimated around $7 million USD. Her primary source of information is her modelling career. She also earns from various brand promotions and from her sponsors.