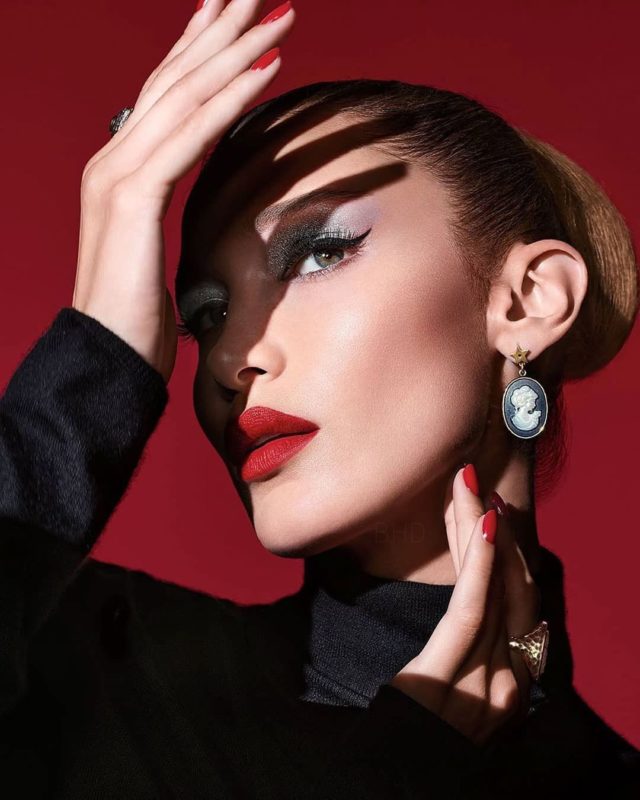 Isabella Khair Hadid aka Bella Hadid is a well known American model. She was voted “Model of the Year” by industry professionals for ‘Model.com’s’ Model of the Year Awards, in 2016. Hadid began modeling at age 16 with a Flynn Skye commercial project. Hadid also starred in the “Swan Sittings” by Lesa Amoore, alongside actor Ben Barnes, before appearing in “Smoking Hot” by Holly Copeland. Hadid also modeled for Hanna Hayes’ F/W 2013 collection, alongside various other commercial projects, including campaign work for Chrome Hearts during 2013 and 2014. On July 22, 2014, Hadid was arrested and charged with a DUI. Other than this, she has an immense popularity on her social media platforms as well. She has over 27 million+ followers on her Instagram account and over 1 million+ followers on her twitter account. In fact, she has over 400 K+ followers over her facebook account as well.

Bella Hadid Dating 2021 : Bella Hadid is single and enjoying her single life at the fullest. Hadid began dating Canadian singer ‘The Weeknd’ at the beginning of 2015. The couple were first seen together in April at Coachella. In February, they made their red carpet appearance as a couple at the 2016 Grammys. The couple reportedly broke up because their schedules were too conflicting, in Nov 2016. She is not revealed anything about her love life yet. However, they got back together in 2018, and split once again in 2019.

Bella Hadid Net Worth 2021 : Her net worth is estimated around $ 10 million USD. Her primary source of income is her modelling career. She also makes money from brand promotions and endorsements.

On August 21, 2014, Hadid signed to IMG Models. In 2015, Hadid walked for Tom Ford in Los Angeles, and walked in the amfAR 22nd Cinema Against AIDs Gala fashion show. She also walked for Milan Fashion Week for Philipp Plein, Moschino, Missoni, and Bottega Veneta. She made her Chanel debut, walking for the first time in the luxury brand’s Métiers d’Art show in Rome, in Dec 2015. Hadid also featured in numerous editorials for various magazines, including Vogue Girl Japan, Harper’s Bazaar, GQ, W magazine, Town and Country.

Hadid’s first cover of the year was for the January issue of W Magazine Korea, a reprint of her W editorial from the US editions “Royals Issue”. Hadid also starred in a series of videos entitled “Dior Makeup with Bella Hadid” throughout the year.