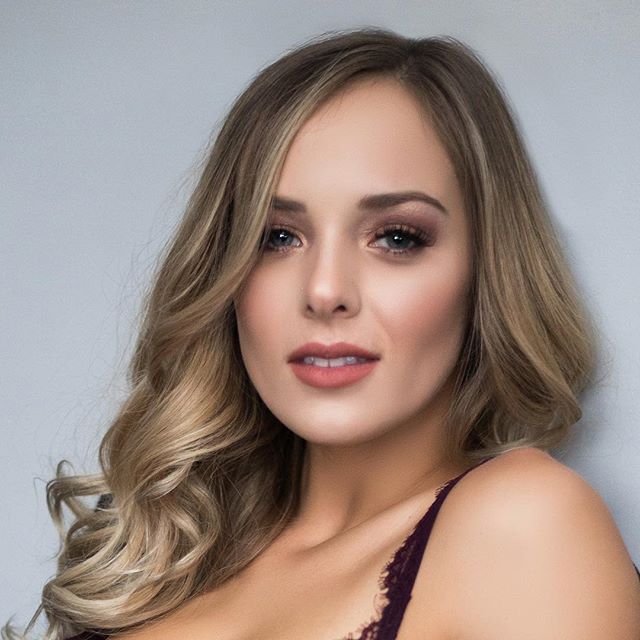 Kelsey Henson is a Canadian Model and Fitness Trainer who is better known as the wife of Icelandic professional strongman and actor Hafþór Júlíus Björnsson, who portrayed the role of Gregor ‘The Mountain’ Clegane in the HBO series ‘Game of Thrones’ for five seasons. Kelsey worked in the construction field in organizations such as Voice Construction OPCO ULC, Guthrie Mechanical Services Ltd., and Tervita Corporation. She also worked as a financial services representative at the Canadian Imperial Bank of Commerce and had a job as a waitress at Earls Kitchen + Bar in Fort McMurray, Alberta, where she first met with her husband. She holds several certifications including ‘WHMIS Train the Trainer’, ‘Tervita Basic Fire Extinguisher Training’, ‘Principles of Health & Safety Management’ and ‘Basic Instructional Techniques’. Other than this, she is also an Instagram star and has an immense fan following over there. In fact, under her Instagram account, she often posts workout pictures with her husband.

Kelsey Henson age is 30 years old. She stands on a height of 5 feet 2 inches. She weighs around 55 Kg or 121 lbs. Her body measurements are 34-24-36 inches. She wears a bra cup size of 33 B. She praised for her amazing figure as well. Her body is her greatest asset. She keeps fit by exercising regularly. Her eye color is blue and silky and long dark blonde colored hair. She is a fitness freak as well and maintains her figure and hair by adding green and healthy vegetables in her daily diet regime.

30-years-old fitness trainer Kelsey Henson is married with her famed husband named, Hafþór Júlíus Björnsson. She first met with her future husband Hafþór at Earls Kitchen Restaurant in 2017 while serving him food and beverages. At that time, Björnsson has visited Alberta for the strong man competition in that city. Then, on 28 Aug, 2018, Kelsey married with her longtime boyfriend Hafþór Júlíus Björnsson in Iceland.

The news of their marriage was made by the couple via their respective Instagram accounts on October 21, 2018. First Kelsey posted a picture from the wedding with the text, “Looking forward to pulling this big guy around for the rest of my life.” The Björnsson shared another photo with the caption “It is with great pleasure that I now get to call Kelsey Morgan Henson my wife!”

Additionally, she has a step-daughter named Theresa Líf from his previous relationship with Thelma Björk Steimann. He also has a Pomeranian named Asterix, which he had adopted with his former girlfriend Andrea Sif Jónsdóttir. The dog has its own Instagram profile which is run by Björnsson.

Kelsey Henson was born on the 5th of March 1990 in Canada. She holds Canadian nationality and belongs to Caucasian ethnicity. Her father and mother both belong to White Canadian Caucasian descent. She has siblings as well and has a sister named Kathleen Henson. Her sister is a professional photographer. She also has a Niece named, “Nikyla”. As of education, she has attended the University of Alberta to complete her graduation. She entered the University of Alberta in 2012 to study Occupational Health & Safety and earned her certificate in 2014. Later in 2017, she earned two construction safety designations, National Construction Safety Officer (NCSO) and Health & Safety Administrator (HSA), from Alberta Construction Safety Association (ACSA).

Kelsey Henson source of income is her acting and dancing career and her wealthy family background. This beauty queen estimated net worth is estimated around $1 Million USD. Currently, she is very focused on her career.

Talking about her career, at the beginning of her career, she has worked as a waitress in a Local Restaurant in Alberta. Later, she was a project administrator and junior safety adviser at the Suncor Base Plant in Fort McMurray. Kelsey left the job and joined Guthrie Mechanical Services Ltd as building operator. In 2017, her last job was as a field services administrator at Tervita Corporation. She recieved the National Construction Safety Officer (NCSO) and Health & Safety Administrator (HSA) designations from the Alberta Construction Safety Association.