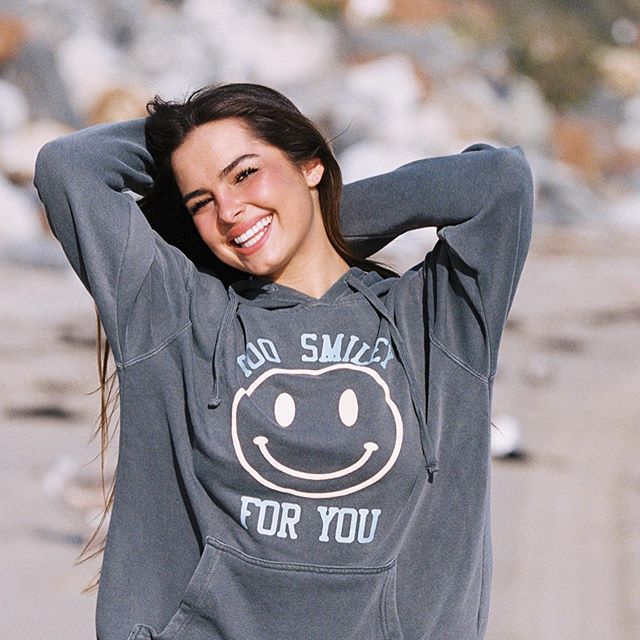 Addison Rae is a famous American Dancer and social media personality who rose her prominence for TikTok and as of 2020, she has surpassed over 38 million+ followers and became the top fifth followed TikToker. Check out the top facts and data about Addison Rae.

As of 2020, TikTok Star Addison Rae TikTok Rumored to Be Dating a guy named, David Dobrik. She didn’t confirmed this yet. She wants to keep her personal life far from limelight as of now.

Addison had a song written about her by The Kid LAROI. She reacted to the song on her TikTok channel in a video with her mum. Addison has since agreed to be in the music video for the song.

What are the hobbies of Addison Rae?

In her spare times, she loves doing dancing and shopping the most. Dancing is her favorite. Other than this, she loves taking selfies and grooming. Her Instagram account is over loaded with her hot, curvaceous and seductive images.

Australia’s The Kid LAROI sat down with Genius News to explain his new TikTok-inspired song, “Addison Rae.” The track was named for TikTok star Addison Rae, who helped a snippet of the then-unfinished song go viral online after playing it in one of her videos. It quickly racked up over one million views, and sent fans searching for more. Laroi told Genius that after seeing the success of the snippet, he went back to the studio to craft the full track.

Who are Addison’s Rae parents?

Addison’s mum and dad are Sheri Easterling and Monty Lopez. They both occasionally appear in her TikTok videos, and both have their own accounts. Her mother Sheri (@sherinicolee) has almost 3 million followers. And her dad Monty (@MontyJLopez) has over 1 million followers.

Who are Addison Rae’s brothers?

Addison has two younger brothers named, Lucas and Enzo. They are also famous social media personalities and have their own TikTok account, with the username @thelopezboys. Enzo also has his own account (@enzoeli).

What is Addison Rae’s full name?

Addison’s fans know her by her surname Rae but in actual it’s not. Her full name is Addison Rae Easterling. She chose to go with Addison Rae for the suitability.

How much does Addison Rae earn from TikTok?

As of 2020, Addison is estimated to earn around $14,500 per sponsored post on her page. Other than this, she also charges extra for advertisements and endorsements.

She said: “We’re better off as friends for now because we have like totally different lifestyles right now. We both mutually decided that. We love each so much and we love being around each other and we’re super good friends. For now, it’s best that we just stay way.”

Addison said that they were just friends.

Is Addison Rae in the Hype House?

Addison is also part of the popular TikTok creator house, The Hype House. While Addison doesn’t live in the house, she visits and collabs with the other members of the group regularly.

Link in Also: Top 10 Facts You Know About Stokes Twins