How Many Children Do Jamie Chung and Bryan Greenberg Have: Explored 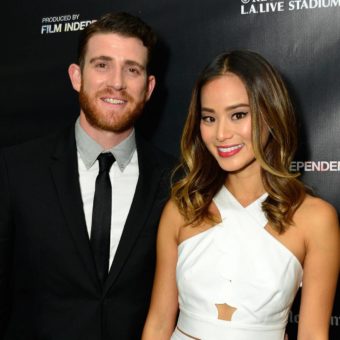 The Chungs’ baby boys were born on May 9 in the midst of their cohosting duties! In October 2021, the couple welcomed their children. The pair married in San Francisco in October 2015 and announced plans for a family one year later.

The couple has welcomed twins, with Greenberg, 43, announcing the happy news on Sunday via Instagram. “We got double the trouble now @jamiejchung,” he captioned a video of himself snuggling the two infants on his chest.

In October 2021, she and the Nebraska native introduced their infants to the world. “We got double the trouble now,” the new dad gushed via Instagram at the time. The Lovecraft Country star, 37, commented on her husband’s post with two heart emojis. Chung also shared the adorable video to her Instagram Story. How Many Children Do Jamie Chung and Bryan Greenberg Have?

The pair, who tied the knot in 2015, are also parents to a fur baby: their miniature Schnauzer-Shih Tzu named Ewok. In 2019, the actress opened up to her Instagram followers about freezing her eggs.

“Here I am over a week ago at my doctors office getting an orientation/lesson on how to inject myself with growth hormones. One of the first major steps for egg retrieval,” Chung captioned a photo of herself at the time, holding up an instruction sheet titled “EMBRYO CREATION” in front of her face.

The Real World alum revealed she had “been stewing” over the idea of freezing her eggs for two years, and recently decided to get the process started.

Many of Jamie’s fans have been wondering whether she and Bryan had welcomed the twins via a surrogacy process. While the two actors haven’t confirmed this, Jamie has attended several events where she hadn’t been seen with a baby bump.

No details were given about the babies’ birth, and Chung didn’t seem to drop any hints about expecting at recent events. Her last public appearance was at the Women’s Image Awards on October 14 in Los Angeles where she looked chic in a red suit. On October 2, the Lovecraft Country star showed off her toned abs in a crop top and skirt at Veuve Clicquot Polo Classic in Los Angeles when she and Greenberg walked the red carpet.

Jamie and Bryan started dating in 2012.

In 2015, they married with a big three-day fete that was attended by their relatives and friends. Before welcoming their twin boys, Jamie said that children were definitely in her future with One Tree Hill actor Paul Johansson.

“We are in no hurry, but we absolutely want children,” she told Us Weekly in November 2015. “He’s going to be a fantastic father!”