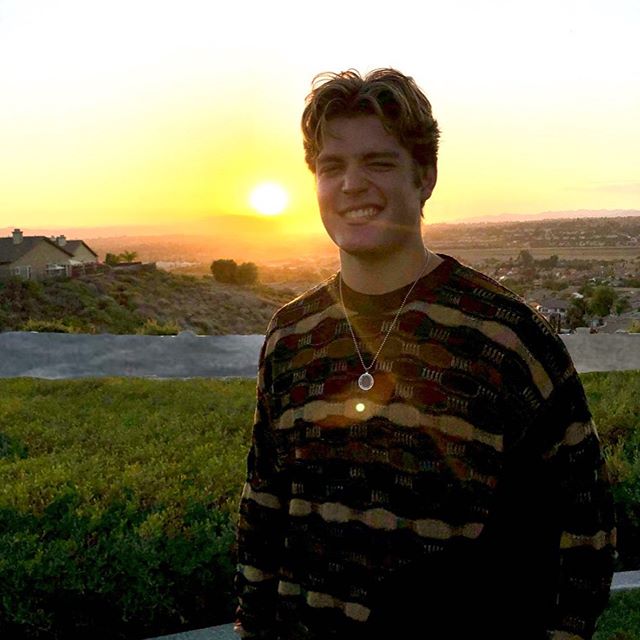 James Wright is an American TikTok Star who is best known for his dancing and comedy video. Currently, he has earned more than 2 million followers for his ‘jameswrightt’ TikTok account. He gained further fame after becoming a member of ‘The Hype House’.

Moreover, TikTok account that is also the name of an actual house where TikTok, Instagram and YouTube influencers came together to live in Los Angeles. Their entertaining content has earned more than 15 million followers. In January 2020, the group signed with the talent agency WME. The living arrangement was set up by Thomas Petrou and Chase Hudson. In late 2019, they posted a video with numerous members of the group hanging around a pink staircase that went on to receive over 2 million views.

James Wright age is 17 years old. He is a singer and guitar player. He released his original song “Drowning” to his SoundCloud page in May 2020. In addition, He and his twin brother Jack are both The Hype House personalities.

He is not dating anyone currently and is totally focused on his career. Moreover, he is good friends with several fellow TikTok users, such as Charli D’Amelio, Avani Gregg, and Addison Rae, to name a few. He often collaborates with them for his TikTok videos and Instagram pictures.

His family is consists of his mother, father and siblings. He was born on March 29, 2003, in California, the United States. He has a twin brother named Jack who is a TikTok sensation as well as a member of the social group, The Hype House. He has million of follower under his TikTok account. As of education, he has attended Great Oak High School. During his school days, he participated in many track and field competitions as well.

Talking about his career, James Wright launched his career through social media platforms. In 2015, via Instagram, he started sharing pictures from his everyday life, especially moments spent with his brother and friends. Then, after some time, he created an account on the lip-sync app TikTok, with his first video being “I caught them talking and I didn’t know they were breaking up with each other”. Currently, he has million of followers under his TikTok account.

Who Is Mady Gio On TikTok: Find It Out