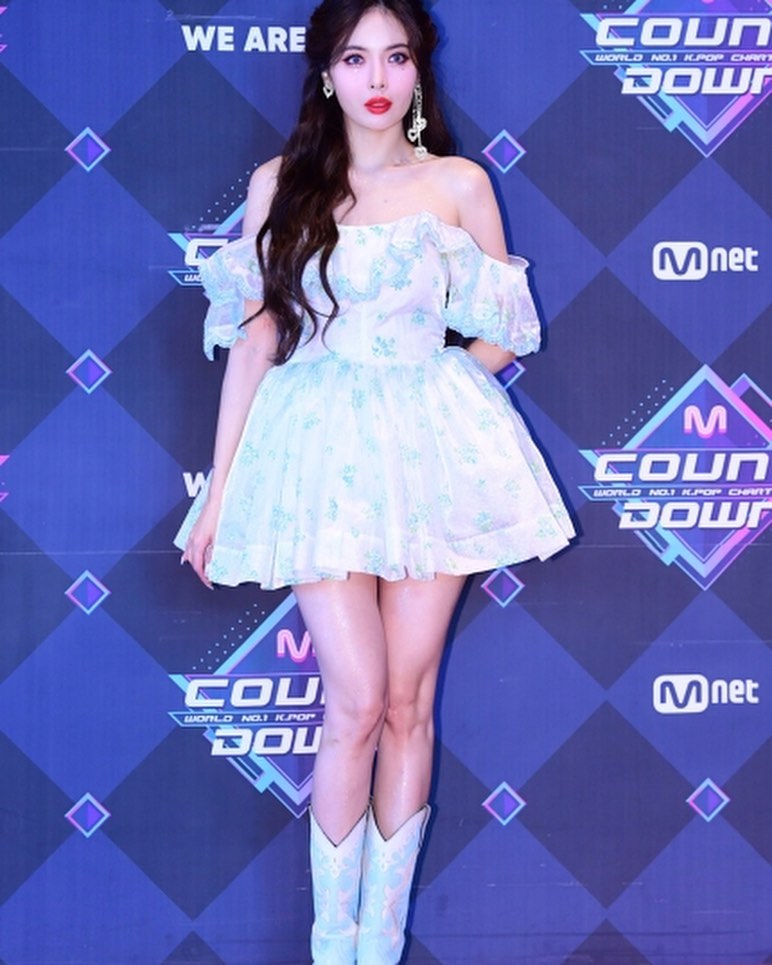 Kim Hyun-ah better known as Hyuna is a Korean singer got popularity for her debut single “Change” in 2010 and her EP Bubble Pop! in 2011. After popularity she is also known by the name A-ing. Currently, she is an idol, composer, model, and fashion designer. She first debuted at age of 14. She has more than 12 million followers on her Instagram account named “hyunah_aa”.

Hyuna age is 27 years old. She stands on a height of 5 feet 4 inches tall. She weighs 44 kg which is 97 lbs. She has dark brown eyes and have dark brown hair. She belongs to Asian ethnicity. Her body measurement is 34-25-34. She is a tattoo lover and has inked more than 10 tattoos on her body.

She was first a part of WONDER GIRLS in 2006 until she joined the girl group 4MINUTE in 2009. After the success of 4MINUTE in South Korea, HyunA began her solo career in 2010 with a style she described as “performance-oriented music”. Since then as an individual she earned tremendous popularity. She is a beauty queen and increasingly focused more and more on her looks and sexy concept, which led her to be labeled the ‘Sexy Queen K-pop’.

She is active on her social media accounts and regularly posts pictures and selfies in hot pants, mini-skirts, and stockings to emphasize her legs, and her costumes are criticized for being sensational. She also participated in several sub-units such as TROUBLE MAKER and TRIPLE H.

She was born on June 6, 1992 in Sangsu-dong, Seoul, South Korea. She holds South Korean nationality and resides in Jeolla Province. Her parents are divorced and has 2 younger brothers. As of education, she completed her primary school from Inwang Elementary School. She also joined Dongmyeong Girls’ Middle School, Cheongdam Middle School, Chungam Junior High School. She learned music from Korea High School of Music and Arts. Further, she joined Art Culture Music Department in Konkuk University.

One year after the success of 4MINUTE in South Korea and Japan, HyunA began her solo career with “Change” which eventually charted highly on various online charts in 2010. HyunA made a solo return with “Bubble Pop” in 2011.After greatly benefiting from her solo success, on the following years, she successfully got immense popularity with her controversial songs and music videos such as “Ice Cream”, “Red”, “Roll Deep”, and many others, which led her to get labeled as ‘The Sexy Queen’ of K-pop.

Hyuna’s net worth is estimated to be around U.S. $10 million. Her primary source is from her professional career, i.e as a singer.

HyunA had two boyfriends in the past. One was dumped her and the second one she dumped. In 2014, she was sometimes also rumored to be dating Sehun of EXO. The last rumor is about duo TROUBLEMAKER, which were seen holding hands and spotted together many times.