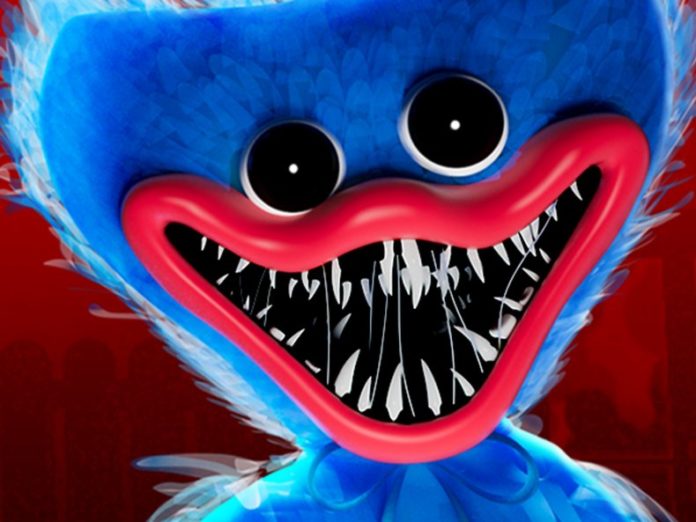 Huggy Wuggy was made by Playtime CO. to be embraced by youngsters. The toy quickly became the company’s most popular product, but he was eventually changed at some point before the game’s events with a transferred but corrupted human conscience, turning him into a monster. His debut occurred when he posed as a marble statue to deceive the protagonist.

When the protagonist was able to grab the key and switch the electricity back on in a room, Huggy Wuggy vanished from his pedestal, and he stalked the player from vents or high places throughout the game. It appears from the shadows and chases the player down in the conveyor belt tunnels only when they come to a stop. Huggy Wuggy emerges from the dark every time the player fails to make it to the catwalk at the conclusion of the belt.

Huggy Wuggy falls from the catwalk as soon as the player activates it, bringing both of them down. Huggy Wuggy falls into the void when he collides with some pipes where the player survives. It’s uncertain if it survived or died as a result of this accident. Is Huggy Wuggy Real: What We Know So Far.

Huggy Wuggy is a huge monster with long arms and legs in the game, making him appear to be at least ten feet tall. He has blue fur and a plethora of razor-sharp teeth, in addition to another mouth inside his mouth. He’s depicted with yellow hands, red lips, and eyes that look like googly eyes.

Huggy Wuggy’s revelation of his numerous mouths, the blood he generates when he falls to his supposed death, and the saliva in his mouth when he kills and consumes the ex-employee strongly suggest him being organic.

Huggy is a ruthless, barbaric and cruel character. As one of his first roles in the game was chasing the protagonist down a hatch. However, despite his seemingly mindless violence, he is still able to use and develop tactics to attack his opponents; as seen when he consistently lured the protagonist deeper into the complex all the way in while stalking them but also slowed his chase when he realized he had them trapped. He’s supposed to be average in intellect, and he’s a true believer in his bosses.

Read Also: Spoilers and launch revealed for ‘The Power of Karma’