How to vote for BBC Sports Personality of the Year 2021: Voting explained, nominees and winner odds 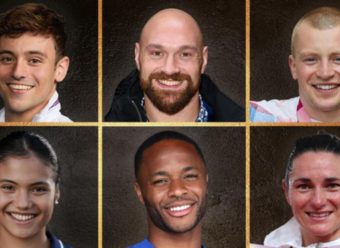 Raducanu is the 4/5 favorite to take home the award, with Daley at odds of 2/1. Is it possible to bet on a British Olympic gold medallist like Tom Daley, Tyson Fury, Adam Peaty, Emma Raducanu, Raheem Sterling or Dame Sarah Storey? The BBC has chosen six potential candidates for this year’s Sports Personality of the Year award, which began in 1954. The most recent winners include Lewis Hamilton, Ben Stokes, and Andy Murray. Phillips was the last female recipient in 2006.

At four years old, Raducanu was watching Phillips’ victory, and 15 years later, the teenage tennis sensation is the overwhelming favorite to win the award following her US Open triumph. She’ll compete against three Team GB and Paralympic GB athletes in Daley, Peaty, and Storey; as well as English footballer Sterling and heavyweight champion Fury.

When is SPOTY winner announced?

The Sports Personality of the Year ceremony will air on BBC One and BBC iPlayer on Sunday, December 19 at 6.45 p.m. GMT, with the program extending from 6:45 p.m. to 9 p.m. GMT.

How to vote for Sports Personality of the Year

You must be in the UK and have access to a computer or smart device. You can also call 0300 712 0000 (cost per minute: from £0.50 to £1; text message fixed rate of 60p) between 10am and 10pm on Sunday afternoon, when the live show will be broadcast, to cast your vote over the phone or online. The awards will be hosted by Gary Lineker, Clare Balding, Gabby Logan, and Alex Scott, who will reveal when voting begins on Sunday evening.

Sports Personality of the Year odds

Who is on the SPOTY shortlist?

Tom Daley – He is a British diver who has won four Olympic medals, including gold in the synchronised 10m platform event at Tokyo 2020 and then bronze in the men’s 10m platform to become the first British diver to accomplish that feat.

Emma Raducanu –At the age of 18, she won the US Open, becoming the first British women’s grand slam singles champion in 44 years and the first qualifier to take home a major title in the Open era.

Dame Sarah Storey – This season saw him compete for the first time since 2014. The most successful Paralympian ever from Great Britain, he took home 17 golds and 28 medals in all.