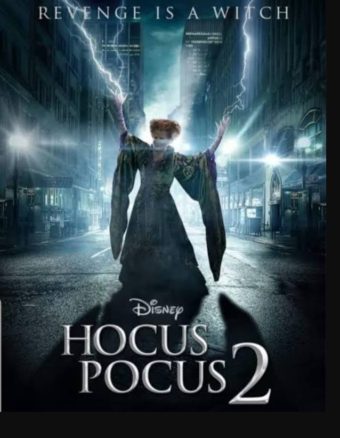 Hocus Pocus 2 has been in the works for what feels like an eternity, but the follow-up is definitely, unquestionably on Disney+!

The sequel was formally announced during Disney’s Investor Day presentation in December 2020, along with a slew of other news. However, at the time, just a few information regarding the sequel were disclosed.

Hocus Pocus 2 is still a thing, but details are becoming more and more public as we approach the premiere date (yes, there’s a premiere date!). With that in mind, here is what you need to know about Hocus Pocus 2.

The release date and itinerary were confirmed thanks to two of the Sanderson sisters, Bette Midler and Sarah Jessica Parker. Midler’s tweet, which you may see above, reads: “Sistaaahs! It’s been 300 years… but we’re back!”

For now, you may fill that witchy-shaped void in your life by watching the classic on Amazon Prime or Disney+.

When the sequel was first announced, no-one knew what form it would take. In fact, there were some who thought the film would be a reboot rather than a delayed follow-up.

The film began production in June, and it was announced that Workaholics co-creator and writer Jen D’Angelo had been tapped to write the script while also attempting to bring the three original stars back.

Hocus Pocus 2 was previously set to be directed by Adam Shankman, best known for his movie adaptation of Hairspray, but is also in development on an Enchanted sequel called Disenchanted.

Anne Fletcher, the director of 27 Dresses though Adam will stay on as executive producer.

Hocus Pocus’ original director Kenny Ortega confirmed to Digital Spy that he hasn’t been asked to get involved with the film. In a statement, Fletcher said: “Now more than ever, people need to laugh.

“We should be laughing every day, and there is so much fun to be had with these three unbelievable women playing delicious characters from such a beloved film. I am so grateful to be able to play a part in bringing these witches back to life, and to be working with my friends at Disney again makes it all the more special.

“This is a movie for everyone, from the fans who grew up with the first film to the next generation of viewers, and I can’t wait to get started.”

Also a big maybe is Doug Jones, who played Billy Butcherson. He said: “So I’m just going to keep my knees bent and be ready in case they call.”

In January 2021, Bethenny and Jillian spoke about the second sequel. While she didn’t confirm that she had read a script for the sequel, Winters confirmed in February 2021 that she had seen one. “We’re interested – we’re up for it,” Winters added. As reported by Online New York Magazine, Midler did say in February 2021 that she has read a script for the sequel: “They sent us the script and we’re really excited about it—we’re eager to do it.”

The plot synopsis reads: “Three young women accidentally bring the Sanderson Sisters back to modern-day Salem and must figure out how to stop the child-hungry witches from wreaking a new kind of havoc on the world.”

The first film ended (spoiler alert) with the magic book winking its eye, proving it’s still alive and the witches could return… Ooo0ooo000ooOOOoo.

The original cast have confirmed they were impressed by what Disney had come up with.

“They presented us with an outline, and after we picked ourselves up off the floor, because it’s been 27 years, we looked at it and I think all of us agreed that it was pretty great,” Midler explained.

We’re still far off from the release date of the film, since we’ve yet to wait for filming to begin. Keep an eye out for news as they emerge.