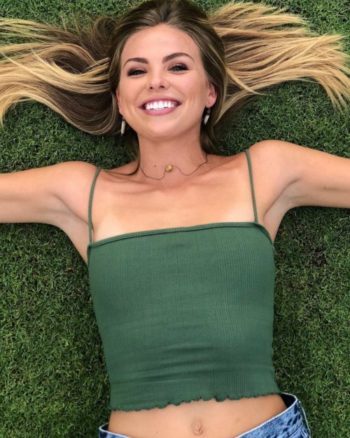 Hannah Brown was born and raised in Tuscaloosa, Alabama. She competed against her future Bachelor castmate Hannah Godwin in Miss Alabama USA in 2017, a year before Brown won the title. She also competed in Miss USA 2018, but did not place. She used her platform to help people suffering from depression and anxiety. She rumors with ex-boyfriend Peter Weber during his season of The Bachelor, which premiered in January 2020. Though the pair never got back together, she sparked dating rumors with Cameron again in March 2020. Other than this, she has an immense fan following on her social media platforms as well.

“I feel the most beautiful when I have clear skin and I can feel confident walking around being my most natural, true self,” the 25-year-old said. “I know what it’s like to have really bad skin and I had that time in my life where I felt like I was wearing a mask and it was truly one of the hardest things that I’ve gone through personally for my self-confidence. I just try to be really grateful for when I do have those moments when my skin is clear.”