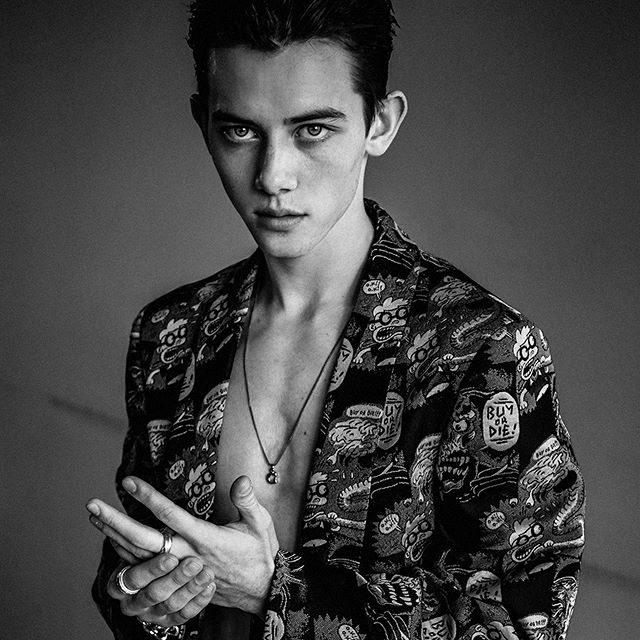 Who is Griffin Gluck? He is an American Actor who touted for fame for his Young Artist Award-nominated performance in the feature film Just Go with It, he landed a leading role in the Fox television series Red Band Society as Charlie. He later went on to appear in American Vandal in 2017. He also starred in the film Middle School: The Worst Years of My Life.

How old is Griffin Gluck? His birthday falls on August 24, 2000. At present, he is 20-yrs old. He holds American nationality and belongs to mixed ethnicity. His zodiac sign is Virgo.

How much is the net worth of Griffin Gluck? He had an early TV appearance in an episode of The Office and played the role of Monty in three episodes of United States of Tara. He had a recurring role on the series Private Practice that spanned from 2011 to 2013. In 2019, he appeared as Jack Dunkleman in the Netflix movie Tall Girl. He had a starring role on the short-lived ABC series Back in the Game opposite James Caan. As in 2020, his net worth is estimated over $12 million(USD).

He was born in Los Angeles, California, to Cellin, a director, and Karin, a producer. He has an older sister named Caroline. Griffin’s father was born in Wakayama Prefecture, Japan, to American parents, and was partly raised in Kobe, Japan. Griffin’s paternal grandparents were Sumi (Hiramoto), who was of Japanese descent, and Jay Gluck, an archaeologist, historian, and Japanophile, who was of Jewish heritage.

Who is the current girlfriend of Griffin Gluck? He began a relationship with Sabrina Carpenter in 2019. Moreover, in the same year the couple broke up. As in 2020, Griffin Gluck is single.

He is active on social media platforms and has an immense fan following there. He also co-starred as Sam Ecklund in both seasons of the Netflix mockumentary series American Vandal and plays Gabe in the Netflix series Locke & Key.