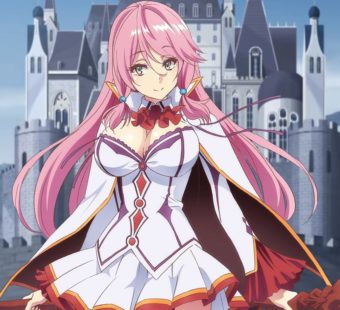 Flare Arlgrande Jioral or Freia, is the Magic Hero and the main heroine. She is the princess of the Jioral Kingdom, who is currently Keyaruga’s companion and slave. Her attractive body and outer personality has caused many people to become infatuated with her either immediately or soon after contact. Also she had large breasts and bust. Tune in bio and find more about Flare Arlgrande Jioral Wiki, Powers, Abelites, Plot & more.

Here is the all details about the Flare Arlgrande Jioral powers. Check it out below:

As the Magic Hero, Flare specializes in casting devastating offensive magic, particularly area of effect spells that can decimate an entire army. At the beginning of the series, she is seen casting magic of the seventh tier. As Freia, she seems to be able to go only up to the fifth tier, but this is likely because she is lower level than she was in the prologue rather than because of her memory loss, but in later volumes after recovering her Holy Armament Freia recovers the ability to do seventh tier spells being able to cast them consecutive times.

Flare is able to cast formidable magic affiliated with various elements, including lightning, fire, ice, earth and wind. A normal mage can only master one or two elements, but as a Hero, Flare is capable of using every single element and combine several spells to devastating effect. Unfortunately, as Freia, her memory loss causes her to lose her combat experience with her spells. One of her favorite techniques, as taught to her by Keyaru, is combining ice projectiles with a burst of wind to increase their range.

Being one of the heroes allows her to level up as much as she wants without having a level limit.

Being one of the heroes allows her and her party members to gain double the EXP, stacking multiplicatively with the other heroes if they are in the same party.

As the Magic Hero, Flare has the power to find other Heroes and is the only one of the Heroes with this ability.

Flare is a curvaceous girl with hip-length peach-pinkish hair with bangs swept to the left. She initially had green eyes, but gained blue ones after Keyaru altered her appearance.

Her attractive body and outer personality has caused many people to become infatuated with her either immediately or soon after contact. Also she had large breasts and bust.

Flare initially found Keyaru within his home village and brought Keyaru back to the capital city to train Keyaru to be a hero after recognizing Keyaru as one of. After finding that Keyaru was Healer Hero, she was unable to help him. Healer Hero and also as his inability to utilize his powers, Flare abused him and was able to treat him like slave, giving Keyaru an addictive drug to cause him to be submissive for 4 years.

Keyaru along with Keyaru become the only remaining survivors of the battle of heroes against the the demon lord currently. Flare is trying to convince Keyaru to grant her the Philosopher’s Stone however, Keyaru can deduce her motive to utilize it for the purpose of gaining world dominance. Once Keyaru chooses to utilize the stone to reverse times, Flare is unable to make any other move than be rude to him prior to activating the stone.