Why You General Hospital Fans Will Recognise Dex? 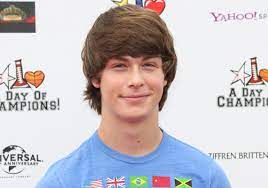 With the introduction of Sonny’s new partner in crime, Dex, a fresh Jason could be on the way. Fans are looking forward to seeing a new person on screen, especially if Sonny decides to mentor Dex. Here’s who plays Dex in the show. It’s possible that regardless of whether or not Sonny and/or Dex succeed in their relationship, they may develop feelings for Esme Prince (Avery Kristen Pohl) or Josslyn Jacks (Eden McCoy).

After all, he’ll almost certainly meet love on Port Charles. Let’s have a look at what else we can expect from Dex on General Hospital. Why You General Hospital Fans Will Recognise Dex?

Evan Hofer is recognized by fans of General Hospital since he has appeared in a number of television programs and movies. Randy, the protagonist on Disney XD’s Kickin’ It, is perhaps Evan’s most well-known role. In 2010, Evan made his debut on screen in Everyday Kid, directed by Fred Savage.

He’s appeared on popular shows such as Modern Family and Haunted Hathaways before. Between 2011 and 2013, the actor shared the screen with other notable people including Olivia Holt on Kickin’ It.

Evan Hofer was born on May 8, 1997, making him 24 years old. He has an older sister and a younger brother. The family lives in Los Angeles, California. Evan’s love for acting began at a young age when he would put on shows for his family. His first role was in a school play when he was just six years old.

What to expect from Dex on General Hospital

Not much is known about what to expect from Dex on General Hospital since the character is brand new. However, it is clear that Sonny is going to take him under his wing and teach him the ropes of the business. It’s possible that Dex will have a lot of screen time as Sonny’s right-hand man. This would give viewers a chance to get to know him better. Additionally, given that Sonny is often surrounded by women, it’s also possible that Dex will develop a romantic interest in one of them as well. We’ll just have to wait and see.

On General Hospital, Evan Hofer has been cast as Dex, a character who comes on to the scene seeking employment from Sonny. He will make his debut next week and appear on Friday 6 May, according to reports, he will be looking for work in the coffee industry or considering a career in organized crime.

Sonny has been missing a pair of hands since his best friend, Jason, was trapped in a collapsed tunnel and presumed dead in November. It’s about time that Sonny recruited another member for his team; it appears that Evan Hofer’s Dex may be the guy. Because Dex is younger, he’ll bring in a fresh clientele for the firm.

Even if Brando Corbin (Johnny Wactor) claims that he wants to stay away from the mob life, he appears to want to take on the role of a mobster. Whoever fills Sonny’s boots is in a vulnerable position right now, since his company and may use some assistance.

You can check out Evan Hofer’s Instagram account to get a glimpse of what the actor is up to when he’s not filming. He frequently posts photos with his friends and family. He also posts behind-the-scenes photos from various projects he’s worked on. On his Instagram, he has over 14,000 followers.

Evan is also active on Twitter, where he has nearly 8,000 followers. He often tweets about his work on General Hospital, as well as other projects he’s working on. He also retweets fan content about the show. You can follow him at @Evan_Hofer97.