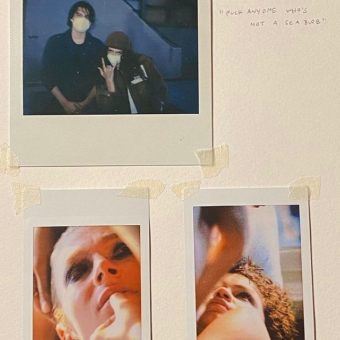 Euphoria is officially returning for season two. The HBO drama, which is an American adaptation of an Israeli series, follows a group of high-school students as they navigate the trials and tribulations of teen life.

Its exploration of love, rage, identity, drugs, sex and everything in between attracted high praise from both critics and viewers, with the series premiere watched by more than 5.5 million viewers across HBO’s platforms. Moreover, Jacob Elordi called the new season “insane.”

Euphoria season 2 is on the way, and you can bet your bottom dollar that Zendaya will be front and center in it. Fresh on the heals of Zendaya’s historic Emmy victory for her portrayal of adolescent drug addict Rue Bennett, HBO has confirmed that the pieces are now in place for the second highly anticipated season of Euphoria.

After a year of uncertainty, the cancellation of production’s planned second season only a year after its successful conclusion in August 2019 has thrown a wrench into plans to release the second season. Here’s everything we know about Euphoria season 2 now.

What happened at the end of Euphoria season 1?

The sixth and final episode of season 1, called “And Salt the Earth Behind You,” saw Rue returning to her old ways (in a surreal musical sequence), Jules leaving for the big city, Ethan dating Kat at the winter formal, Cassie looking for an abortion, and Maddy stealing a damning CD from Nate’s room that might incriminate his father.

When does season 2 of Euphoria premiere?

The good news is that, thanks to COVID-19, the second season of Euphoria was pushed back significantly—to 2021, despite the fact that it was intended to premiere in 2020. According on Deadline’s recent coverage of HBO president Casey Bloys saying that Euphoria would start filming season 2 in “early 2021,” it will begin shooting in late 2020. Finally, the show’s filming milestones appear to be on track. A Backstage listing published on February 17, 2021, revealed that production for Euphoria season 2 would begin in Los Angeles on April 5.

As of May 5, 2021, Zendaya was back to work in earnest. On Instagram Stories, the actress uploaded several from-camera selfies from set. The first shows actor Angus Cloud (Euphoria’s Fez) perched on a counter; she wrote beneath it, “I missed this kid.” She added a snap of the show’s sound stage for filming, writing above it, “Just being back here in general…missed it.”

The rest of the cast appears just as pleased to be returning to set. Deadline inquired about filming dates for Euphoria with Eric Dane, who responded, “In mid-April. We’re already into Season 2. I believe I won’t start working for a few weeks, but we will. I’m sure we’ll get this out as soon as possible . We’ve put up a pretty high standard for ourselves.”

In the most conclusive comment yet, Variety reported in August 2021 that HBO was “eyeing a premiere in late 2021 or early 2022” for season 2.

In July 2019, HBO confirmed that a second season had been commissioned before the first one had concluded. “Sam Levinson has created an incredible world with an outstanding cast led by Zendaya,” EVP Francesca Orsi said in a statement to EW. “We are overjoyed that he chose HBO as the home for this ground-breaking series. We can’t wait to see where these complex characters go next as their stories continue in this challenging environment.”

In an interview with InStyle, Zendaya said that a “very beautiful” second season has been penned. However, no additional concrete information has been revealed yet. Levinson is well-known for reworking his scripts throughout the filming process, and he didn’t rule out further rewrites for season 2.

Zendaya told Teen Vogue in July that she was busy filming, saying, “It’s definitely tough; it’s a difficult season. It’ll be difficult and devastating at times, but I think Rue really deserves all of that attention because she represents so much to so many people. And I hope to make those fans proud with our representations of Rue [and] where the characters go this season. This season won’t be simple though. It won’t be a pleasurable watch, I don’t believe.”

Her co-star Jacob Elordi echoed Zendaya’s words in a recent appearance on Jimmy Kimmel Live, confirming that he was also in the middle of filming. The actor also offered the vague, tantalizing tease that fans should expect an “insane” sophomoric season and “a completely different show” when it returns to the screen. One thing that will remain, though, is the stunt penises. Great news! Watch his interview with guest host Julie Bowen below.

It’s likely that both Fezco ( Angus Cloud) and Rue will return for season 2, especially now that Zendaya has received her first Emmy. Showrunner Sam Levinson previously stated that Rue did not die in the finale.

“I think Rue has a big journey ahead of her, and a tough one,” he told The Hollywood Reporter in 2019, adding, “It’s not something I want to cut short because of who Rue means to me as someone who has battled with addiction and come out the other side, and because I think that there’s a lot more to delve into and unpack in terms of the effects of addiction on Rue and on her family and those around her. The possibilities are endless in many ways.”

Season 1 concluded with Jules jumping aboard a train out of town, but Hunter Schafer told EW that her character’s season 2 story line will continue.

There hasn’t been a full trailer yet, but HBO has been releasing little, enticing teasers of the new season for the past few months. A glimpse of the second season was revealed by Zendaya on July 2021—on the two-year anniversary of Euphoria’s premiere—as Rue and Jules spot each other across the crowded corridors of their high school; suddenly, Rue’s face breaks into a grin.

HBO released a trailer for all of its future programming, including two new, short, clips from Euphoria season 2, during the2021 Emmys. Rue is dancing down a corridor in one scene, and Jules is seen with a sketch of Rue drawn on her forehead in another. After the footage was released, Jeremy O. Harris, who was also a co-producer on Season 2, tweeted that the Frida Kahlo scene was his “favorite part of season 2.”