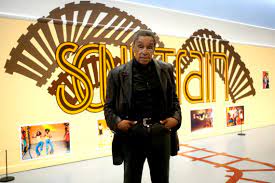 Don Cornelius is back in the news after Secrets Of Playboy, a new ten-part reality docuseries that premiered on E!. Don Cornelius passed away in February 2012 and was known for his work as a television host on Soul Train, which he hosted for over 20 years.

Following allegations made in the documentary, Cornelius’ son Tony rushed to his father’s defense. Let’s learn more about his children and previous relationships.

Don Cornelius’ first wife is the mother of his sons

Don Cornelius, who was born in Chicago but died in Los Angeles, was not married when he died. Don Cornelius was twice married; however, his personal life remained rather private, especially his relationship with his first wife, Delores Harrison.

Who is Susana Gomez? Meet Maluma’s rumored girlfriend in 2021

Cornelius and Harrison were high-school sweethearts who married in 1960. After their marriage, the pair had two sons, Anthony and Raymond. Before he became a celebrity, Cornelius and his wife broke up in 1966 before he achieved popularity and success. Although the couple’s divorce is unknown, they divorced swiftly afterwards.

Don Cornelius was married to Victoria Chapman-Cornelius from 2001 until 2009. An ex-Russian model and former Miss Ukraine, Chapman stepped out of the limelight and has kept her personal life private.

The pair were together for eight years, but it appears that their relationship was tumultuous at times. Cornelius died shortly after their divorce, TMZ reports, and Chapman received hundreds of thousands of dollars in life insurance payouts from Cornelius.

Cornelius had two sons, Anthony and Raymond, with his first wife, Delores Harrison. Cornelius’ son Anthony was born in Los Angeles in 1959 and went on to pursue a career in media and entertainment just like his father.

Anthony has appeared in a variety of films and television series, including Pacific Blue, Soul Train, and most recently American Soul, which debuted in 2018. Anthony is also a father; his daughter, Christina Marie Cornelius (née Carmichael), is a Harvard University graduate who works as a model:

Raymond has kept his personal life more private than his brother’s, although he can be found on Instagram. He works as a make-up artist and, while he does not have any children of his own, appears to have a strong bond with his niece Christina. “That’s my uncle!!!” she exclaimed in response to one photo.