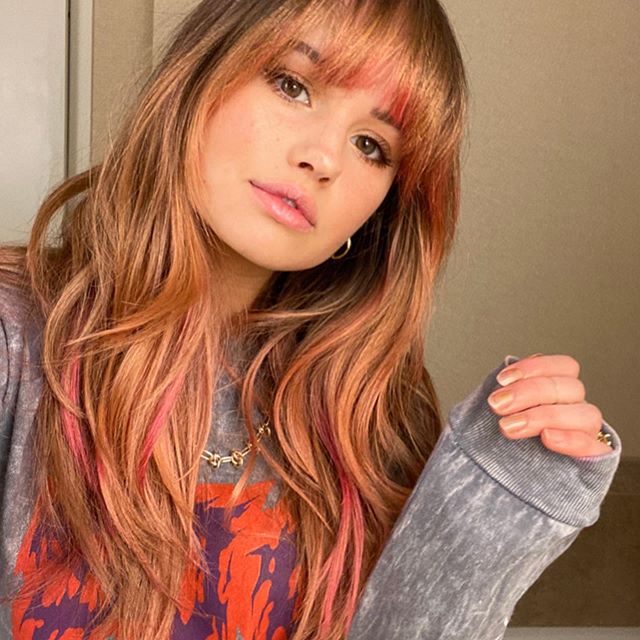 Debby Ryan is an American Actress. Her dream came true when she was cast as Bailey Pickett in Disney Channel’s “The Suite Life on Deck,” a spin-off of “The Suite Life of Zack & Cody.” In 2018, she began starring as Patty on Netflix’s Insatiable. Other than this, she is well known as in music by contributing vocals to the soundtracks of her Disney projects and later formed the band The Never Ending in 2013, and toured with them as an opening act for the North American leg of Fifth Harmony’s Reflection Tour in 2015. She described herself as a “nerd” in school. She was bullied in middle school for being a mascot and a member of the school’s chess club. Tune in bio and know more about Debby Ryan’s Wiki, Bio, Height, Weight, Boyfriend, Net Worth, Career and many more Facts about her.

How old is Debby Ryan? She was born on May 13, 1993 in Huntsville, AL. She is 28-yrs old. She grew up in a military family, moving to various homes in America and Europe, and has an older brother named Chase. Her parents are named Missy and John.

How much is the net worth of Debby Ryan? She grew to fame alongside the Sprouse twins on Disney, it didn’t take long for her to outgrow the role of Baily Pickett. Though she starred with the Sprouses on ‘The Suite Life on Deck’ between 2008 and 2011, it was really 2011’s ‘Jessie’ that let her shine. Acting is her main source of income. Her net worth is estimated to be $32 million.