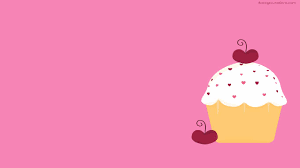 A strange notification has started appearing on Instagram accounts. The message features a cupcake photo and appears to be most prevalent among users in the United States. Let’s look at it and see what it is, as well as how to get rid of it.

The cupcake is placed on a small plate, and directly below it is a message that reads, “Not Now.” Many users have stated that the message does not go away when they push the button. “Anyone else having a cupcake popup on their Instagram or just me?” one person tweeted.

The strange cupcake notification has yet to be addressed by Instagram. However, it appears to be a bug. When it’s your birthday, the cupcake symbol usually shows up on your Instagram feed, but there was clearly an issue that caused it to show for everyone this week.

We’re not sure what the insignia is supposed to represent, and it’s just a bug. Glitches happen on Instagram all of the time, and its developers are certainly aware of the situation and working on a solution.

We know how aggravating it is to be unable to get rid of the pop-up and still use your app as usual. So, look below for some ideas that might help you fix your program.

Did Scarlett Johansson really sing in Sing 2? Fans are in awe of her voice

To begin, try quitting your application entirely. On an iPhone, swipe up on your homepage to do this.

Some users have said that rebooting their device and then restarting the Instagram application has helped them.

It’s the oldest trick in the book, and all you have to do sometimes is turn off your phone and then back on again.

You may also try reinstalling your app from the App Store and then uninstalling it again.

Instagram is still accessible through its website, so if none of those suggestions work, view it on your browser to use the site until the app is restored.