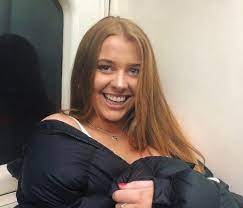 There has been a resurgence in interest in A Cry In The Dark following its 30th anniversary, with many people asking if the 1988 film is based on a real event. The film chronicles the investigation of an Australian family who are accused of murdering their infant. Schepisi helmed and co-wrote the picture, which follows the case of an Australian couple charged with murder. More than three decades after Meryl Streep’s Oscar-nominated performance as Lindy Chamberlain in A Cry In The Dark, fans are revisiting the picture. Let’s see whether A Cry In The Dark is based on a real event.

Is A Cry In The Dark based on a true story?

Yes, the true story of Lindy and Michael Chamberlain is the basis for A Cry in the Dark. The script was based on John Bryson’s book Evil Angels, which recounts the 1980s case and examines the Chamberlain family’s history.

The film is set in Australia and is based on a true story. Azaria, a nine-week-old girl, was allegedly taken by a dingo (wild Australian dog) at the Ayers Rock campsite and murdered. The public’s initial concern for the parents quickly turned to suspicion, resulting in them being accused of abducting and murdering their daughter.

One possible reason why the public began to question Chamberlain’s tale was due to the couple’s religious beliefs. The Reverend Michael Chamberlain, who also served as his wife’s pastor, was a Seventh-day Adventist minister.

The trial went on for six weeks, and it was here that a jury of nine men and three women convicted Lindy Chamberlain of Azaria’s death. Lindy served three years in jail.

In 2010, police in the Northern Territory discovered Azaria’s jacket near a dingo den after three years of searching for an unrelated case. The authorities subsequently determined that Lindy had been unjustly convicted. Meryl Streep was recognized with an Oscar for her excellent acting as Lindy.

﻿Fans react to A Cry In The Dark