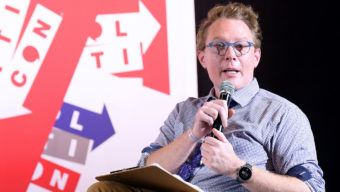 Clay Aiken, a North Carolina native and former American Idol star, is “warming up the old vocal chords” to run for office a second time – is he a Republican or Democrat? What are his political beliefs?

Is Clay Aiken Republican or Democrat?

Clay Aiken is a Democrat running for the North Carolina 6th Congressional District. On his official campaign website, Get Reacquainted With Clay Aiken, he refers to himself as a “loud and proud Democrat.” The district now includes the whole of Guilford County, as well as portions of Forsyth County. It has a population of about 800,000 people.

Has Clay Aiken run for congress in NC before?

Yes. In February 2014, Clay Aiken first attempted to win a seat in the US House of Representatives after establishing his campaign in North Carolina’s second district. That year, as he does now, Clay Aiken ran for a Democratic rather than a Republican or independent position.

He ran against Renee Ellmers, a two-term Republican incumbent, in 2016. He was the Democratic Party’s candidate for NC’s 2nd congressional district in the 2018 midterm elections, having won the primary by fewer than 400 votes.

Who is Bessy Gatto? Age and net worth of Joe Gatto’s wife explored

However, in the general election, Ellmers defeated him with 59 percent of the vote to Aiken’s 41%. On April 7, 2015, the Esquire Network released The Runner-Up, a documentary about Aiken’s 2014 campaign.

What are some of Aiken’s political beliefs?

Aiken, who came out as gay in 2008, has grown more politically vocal since then — especially on issues like same-sex marriage. In 2012, he made a guest appearance on CBS’ Face The Nation to talk about North Carolina’s Amendment One – which banned civil unions in the state.