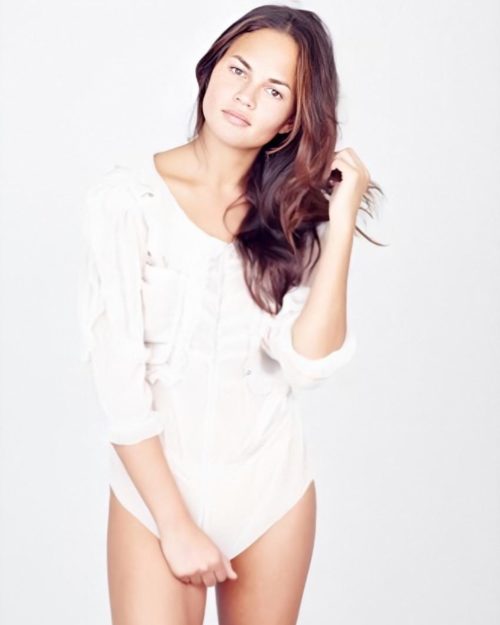 Who is Chrissy Teigen? She is a phenomenal American model, who rose to prominence after made her modeling debut in the annual Sports Illustrated Swimsuit Issue in 2010. After great success, she appeared on the 50th anniversary cover alongside Nina Agdal and Lily Aldridge in 2014 as well. From 2015-2019, she also co-hosted Lip Sync Battle with LL Cool J on Paramount Network. Tune in bio and know more about Chrissy Teigen’s height, weight, figure stats, age, husband, children, net worth and many more facts about her.

Who is the current husband of Chrissy Teigen? She is married with singer John Legend on September 14, 2013, in Como, Italy. Couple did love marriage after four yrs of long dating. They first met on the set of his 2006 music video for “Stereo”. The song “All of Me” was dedicated to her. They have also blessed with two children, a daughter, Luna, born in 2016, and a son, Miles, born in 2018. The couple also confirmed in August 2020 that they are expecting a third child.

How much is the net worth of Chrissy Teigen? Modelling is her primary source of income. In 2020, her net worth is estimated around $6 million. She also earns form brand endorsements and sponsors.