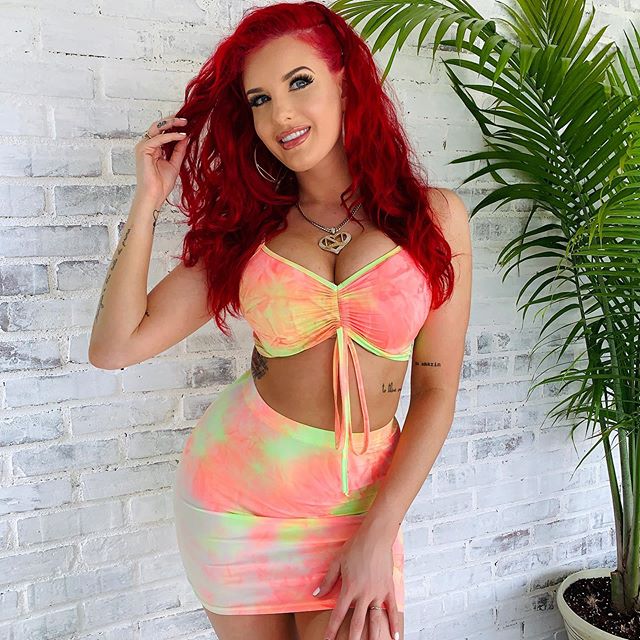 Justina Valentine is an American rapper, singer, songwriter and model. She touted to stardom for her singles “Candy Land” featuring rapper Fetty Wap, “All The Way” and “Unbelievable”. In 2016. she released an album called Scarlet Letter. She also joined the 8th season of MTV’s Wild N’ Out. Tune in bio of Justina Valentine and know more about her boyfriend, age, height, weight, net worth and many more childhood facts.

How old is Justina Valentine? Her birthday is on February 14, 1987. At present, he is 33-years old. Valentine was born in Passaic County, New Jersey.She holds American nationality and belongs to mixed ethnicity. She grew up in a family of musicians and did theater and dance as a child. Her father and mother information is not known in public domain. As of educational qualifications, she is a high school graduate.

Who is the current boyfriend of Justina Valentine? At present, she is single. She is not given any insights of her romantic life. Her previous dating history is also not known in public domain.

Justina Valentine Career Timeline: Valentine always had a love for hip hop and pop. In 2006 she started recording her own music. In 2012, she released her first mixtape Route 80. She rose to fame for her EP, Valentine, in 2013 debuting at No. 38 on the iTunes R&B charts. She released her second mixtape, Red Velvet, in 2014. Further, in 2016, she released her studio album, Scarlet Letter and in the same year she was added to the cast of Season 8 of Wild ‘N Out on MTV.

How much is the net worth of Justina Valentine? Singing is her primary source of income. Her net worth is estimated around $3 million, as in 2020.