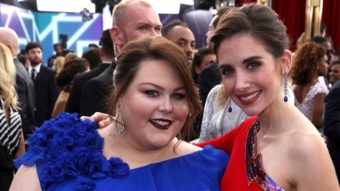 After a long absence, Chrissy Metz is back on This Is Us for season 6 and some viewers are unsure whether they are emotionally prepared to watch her tear-jerking story continue. Fans, nevertheless, want to catch up with Metz’s health journey as season 6 debuted last night in the United States.

Metz’s character Kate has been the focus of many storylines, particularly her relationship with her father and her weight loss journey. In fact, Chrissy has spoken candidly about her own weight in real life and how she has been able to connect to her character.

Let’s learn more about Chrissy Metz’s weight-loss journey, which she described to TV Line as a “win-win” situation for herself and Kate.

Chrissy is also slimming down as she follows the course of her character’s life in This Is Us, which she played. She told TV Line that she is not required to lose weight under her contract, but she is glad to join in the hunt for a healthy lifestyle as Kate does. She stated: “To lose weight in the arc of the character as she comes to recognize herself was part of our deal.”

When asked how she felt about potentially losing weight for the role on The Ellen DeGeneres Show, Chrissy explained, “We are chameleons and we play different roles; like Christian Bale lost all that weight for The Machinist.”

Metz also praised the idea of shedding pounds as a result of her role, stating: “Why not have a greater cause than just me to achieve a healthy weight? Every actor does it. We’re chameleons. We alter and develop as actors… You might lose or gain weight, change your hairstyle, or anything else.”

Either way, it sounds like Stinton and the other two female co-stars will be joining the rest of their castmates in Season Six. As for her personal life, she said that “the weight loss scenario appealed to me as a win-win situation.” She went on: “It’s one thing to try to do it on your own. But we’re more inclined to perform something nice for others because of our egos – we’re more likely to do it if someone asks us nicely.”

Chrissy Metz has struggled with weight gain and loss throughout her life. She’s battled depression and resorted to emotional eating as a way to cope. This resulted in weight gain, but on her 30th birthday, she received a wake-up call.

Metz suffered from a panic attack at work and was taken to the hospital, where she decided to employ a weight-loss technique for the second time. Metz went on a 2,000-calorie diet and began walking 20 minutes each day as part of this health venture. She lost 100 pounds in five months after adopting this healthy lifestyle change.

How Chrissy related to Kate

After seeing the trailer, Metz said she related to the character of Kate. “Here was this lady who was really dealing with weight. She wasn’t like, ‘Oh my God, I gained a pound,’” Metz told the Hollywood Reporter about her role as Chrissy. “She was a genuine person who was really struggling, and all I could think about was: “Oh my God, I’m Kate.”

You may recall the scene in season 1 of This Is Us when Kate, a.k.a. Chrissy, considers gastric bypass surgery. However, this was not the case for Chrissy in real life, as she made the decision to get rid of weight on her own to be healthier and happier.

“I remember going to Weight Watchers when I was like 11,” she told Hollywood Reporter. “I was the youngest person in the room, and it was awkward. My mom was trying to figure it out, but it’s a process.”

Metz also compares her own experiences to those of her protagonist. Kate’s mother, too, wants her to be pleased with herself. Rebecca, who is played by Mandy Moore in the film, just wants her daughter to live a typical existence and be happy.

﻿Fans react as This Is Us season 6 returns