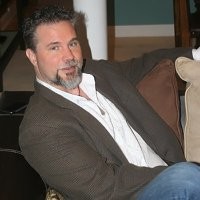 Chris Potoski is an American businessman known for being the Founder & COO of Tracey Jordan Properties. Chris also holds the position of Founder and COO of TJC Asset Management. Other than this, he is the husband of the adult star, Brandi Love. Chris rose to fame after marrying Brandi Love. Brandi is an adult actress who has been together with Potoski and also shares children. It sounds interesting that someone married to adult star is an astounding business person.

Net Worth of Chris Potoski