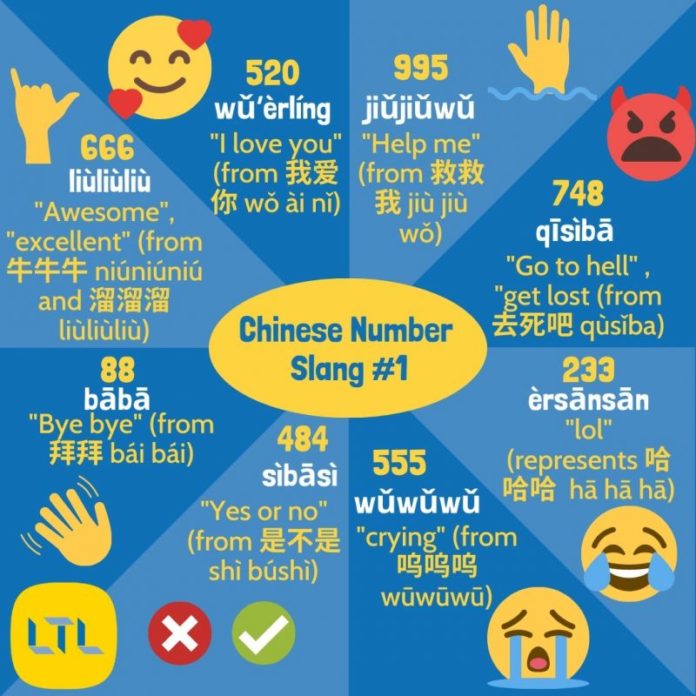 Internet lingo has been around for a long time, and many people are familiar with the classic abbreviations such as “lol,” “bff,” “lmao,” and many more. While these are still popular today, there’s a whole new generation of internet slang that’s taken over in recent years. If you’re not familiar with the lingo of today’s internet, don’t worry – we’ve got you covered. Here’s a list of some of the most popular internet slang terms and what they mean:

AF: Short for “as f*ck,” this is used to emphasize how extreme something is. For example, you might say “I’m so hungry AF right now.”

Bae: A term of endearment, typically used to refer to a significant other. Can also be used to describe something that’s beloved or cherished.

Other countries and languages have their own internet slang, one of which is a number called 520. Read on to learn about the meaning of 520 and its history. Chinese Internet slang 520 Meaning Explained.

When you say the Chinese numbers five two zero in English (wuu er lin), they sound very similar to the phrase “wou ai ni,” which means “I love you.” As with other languages, the number 520 is used as internet slang for “I love you” because it sounds similar to “ily.”

The numbers 5.2.0 also represent a date, May 20th, which is a romantic day in China, comparable to Valentine’s Day. Many couples mark the occasion with another Valentine’s Day celebration. In China, registry offices frequently experience long lines of couples wanting to marry on May 20th due to the romantic associations with the date.

Following 520, the number 521 has come to be associated with the term “I am willing” or “I do.” May 21 is also recognized as a love day, and though it is not a national holiday, many couples see it as another Valentine’s Day during the year.

On May 20th, in China, it’s a guy’s day to express his love for the particular lady in his life, and women return their affection to men on May 21st.

The origins of these love days are unclear, but it’s likely that they began on university campuses as students looked for creative ways to express their love for one another. The use of internet slang like “520” and “521” then spread from campus to the general population via social media and other online platforms.

In China, the number 520 is sometimes called “I Love You Day” while 521 is known as “Be Willing Day.” These numbers have become popular symbols of love in Chinese culture and are often used in romantic texts, chats, and posts online.

If you’re ever unsure about the meaning of a particular internet slang term, a quick Google search should help you out. In the meantime, we hope this guide has been helpful in decode some of the lingo of today’s internet.