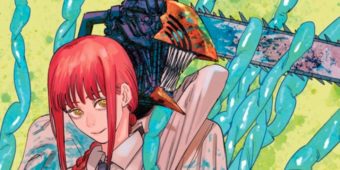 What is the release date for Part 2 of the wildly popular manga “Chainsaw Man” and what do we know so far about the series’ long-awaited return?

It’s been a year since manga fans all over the world lost one of the greatest series ever created…Chainsaw Man. The CSM series was a worldwide success thanks to its dark humor, graphic violence, and compelling characters.

The manga has ‘ended’ officially in late-2020, but new information regarding the anticipated release date of Chainsaw Man part 2 has been revealed online!

It was announced on December 14th, 2020, after the publication of chapter 97, that the Chainsaw Man manga would resume.

The second problem of Japanese publisher Shueisha’s Weekly Shonen Jump magazine revealed that the series will have a “second part” and will be a direct continuation from chapter 97. The manga will now concentrate on Denji as he tries to balance his new life with his responsibilities as Chainsaw Man.

Then, the creator of Chainsaw Man uploaded a teaser image for part 2, which depicts Denji carrying the Control Demon that was formed during the fight with Makima.

The sequel to Chainsaw Man, titled Chained Hackers, will premiere in Summer 2022. The Jump Festa 22′ event confirmed as much, but no specific release window has been announced.

On December 3rd, 2021, the Unofficial Weekly Shonen Jump Twitter account announced that both part 2 of the manga and the anime adaptation would be released in 2022.

This was emphasized yet again at this weekend’s Jump Festa 2022 event, where the unusual presentation for Chainsaw Man included creator Tatsuki Fujimoto chatting with an animated Pochita.It was also said that the successful manga series would be returning in Summer 2022, with no specific date given. The franchise will commemorate its three-year anniversary of the first volume sale in March, so expect news then.

This blog will be updated as soon as more information about the release date of Chainsaw Man part 2 is made public.

The first PV trailer for the Chainsaw Man anime series was unveiled at MAPPA’s 10th Anniversary Event in June 2021. In 2022, as with the manga’s return, the series will premiere; however, no release date has been specified.

There have, however, been a series of “leaks” that are already worrisome fans. According to the user rcco_r0nd0, half of the production will be CG animation and half will be 2D traditional art. While some hardcore anime fans may be hesitant to hear the word “CG,” “rcco_r0nd0” assured viewers that the Computer Generation animation was being used intelligently.

The world’s most popular manga, Chainsaw Man has finally been revealed by Oricon recently, and to no one’s surprise, it features! The series ranked seventh in terms of worldwide sales with more than 5.2 million copies sold throughout the year.

The Chainsaw Man series, on the other hand, was not one of the top-15 bestselling volumes in 2021; instead, it was overshadowed by Jujutsu Kaisen, One Piece, and Demon Slayer. Although we didn’t see a lot of activity from his chainsaw, Chainsaw Man might return for Part 2 in 2022 as previously reported. nWe can anticipate that the volume of his return will appear on next year’s rankings.