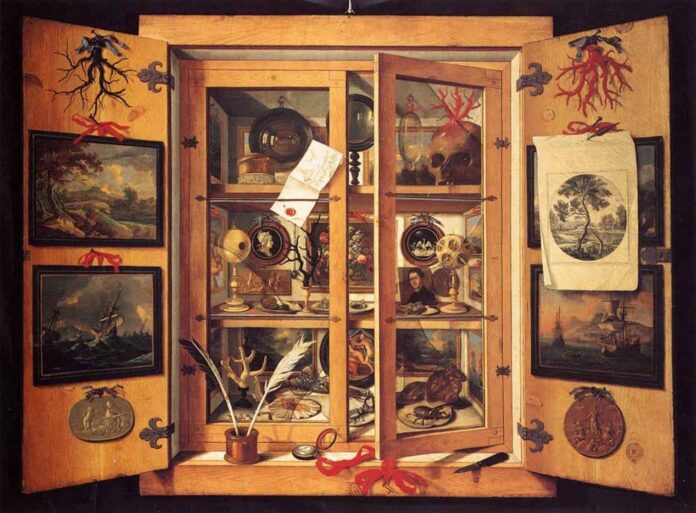 Cabinet of Curiosities is an American horror anthology streaming television series. The series is created by Guillermo del Toro for Netflix. Moreover, the series features eight unique horror stories that challenge the classical horror genre. The show first aired on October 25, 2022. Two episodes were co-written by del Toro, while the others are written and directed by various filmmakers. Moreover, we are here to know all about the “Lot 36” which is story of military veteran Nick and house cleaner Emilia. Find everything about, “Cabinet of Curiosities “Lot 36″ Horror Story Explained”.

Who Is Tim Blake Nelson?

Tim Blake Nelson is is an American actor and playwright who is well known for appearing in movies like, Dr. Pendanski in Holes (2003), Danny Dalton Jr. in Syriana (2005), Samuel Sterns in the Marvel Cinematic Universe, Richard Schell in Lincoln (2012), the title character in The Ballad of Buster Scruggs (2018), and Henry McCarty in Old Henry (2021). As of 2022, he is 58 years old.

Read Also: When Is Suzy’s New K-Drama ANNA coming Out?

Who Is Sebastian Roché?

Sebastian Roché is a French-American actor and director who has worked in film, television and theater. He is best known for his roles as Jerry Jacks on the CBS soap opera General Hospital, Michael the Archangel on Supernatural, King Henry VIII on The Tudors and Olivier Dahan in The Count of Monte Cristo. He was born on 4 August 1964.

Demetrius Grosse is an American actor and producer. He is best known for his roles in in the feature film Straight Outta Compton, Emmett Yawners in the Cinemax television series Banshee, Errol in the FX television series Justified, and Baron Samedi in NBC’s Heroes.

Who Is Actress, Elpidia Carrillo?

Elpidia Carrillo is a Mexican-American actress. She has appeared in various films and television series, including Desperado, From Dusk till Dawn, Tortilla Soup and Ugly Betty. In addition to this, she was nominated for an Independent Spirit Award for Best Female Lead for her performance in Salvador. She is known for the role Tecuichpo in the independent film The Other Conquest.

Read Also: When Is ‘The Gray Man 2’ Sequel Coming Out?