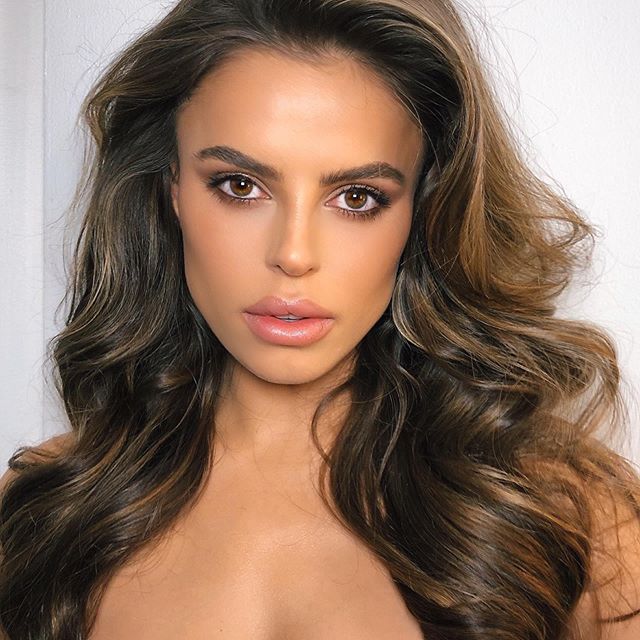 Brooks Nader, a Sports Illustrated model who has mostly given her styling and wardrobe advice in order to sell and give her clothing, has recently gone viral. Nader’s quick ascent has inspired followers to inquire about her age and how she got started in the business.

Brooks Nader is a famous fashion model recognized for having been a Sports Illustrated coverboy. She became well-known after years of modeling activities and has recently exploded among the public for demonstrating how she wears her transparent clothing. Brooks Nader is making a splash in the fashion industry, and she’s known for being a business model, so let’s learn more about her.

How old is Brooks Nader?

Brooks Nader is 26 years old, she was born on 7 February 1996 in Baton Rouge, Louisiana.

She was born to Breaux and Holland Nader and has three younger sisters who all back each other’s endeavors. Dr Sam Nader, her grandfather, is a Louisiana State University Assistant Athletic Director and national champion.

Nader was on the dance team at Episcopal High School. She subsequently earned a bachelor’s degree in finance from Tulane University. Nader was discovered on Instagram by a modelling agent, Chad Gavery, who assisted her get signed with top modeling agencies in New York, Los Angeles, and Europe. NY Models, NEXT Miami, and LA Models have all worked with Nader.

Nadia was selected as part of the 2019 open casting call for the SI Swimsuit family. She shot her first spread in Bali for 2020 after winning the model search.

Fans are curious to know how Brooks maintains her figure and appears so young for her age. She has said that she exercises in the gym to prepare for Sports Illustrated.

“It’s so funny because I’ve been slacking the last few weeks. I’ve been travelling for work, and I’m in a different city every day. But I have to get back in it. I love boxing at Gotham Gym. I go there almost every day when I’m home. And I also go to their other location in Miami when I’m there for work. My trainer Rob [Piela], he’s the owner of the gym and he has become one of my closest friends. He’s the best in the business. He trains Bella Hadid, Gigi Hadid, Kendall Jenner, Hailey Bieber – everybody. He’s amazing at what he does, and he trained me for all of my SI issues so I can feel my very best.”

Brooks is married to William Haire, who works in the advertising business and is a former Sports Illustrated employee. The pair had their wedding ceremony at St. Mary’s Church in Louisiana, where they were originally wed. They even did a pre-wedding workout with her closest pals at The Ritz-Carlton. Water bottles, Zapp’s chips, and Vital Proteins collagen shots were included in the wedding welcome bags of the fitness queen.