Where is Boxxy now? What’s voice actor Catherine Wayne up to in 2022? 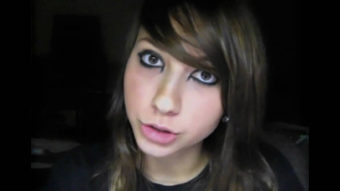 Where is Boxxy now? We take a look at Catherine Wayne, the woman behind the character of Boxxy on Twitter, and what she’s doing in 2022.

Catherine Wayne, also known as Catie, was the internet personality who played Boxxy on YouTube in the late 2000s. She launched her first video to her Boxxybabee channel in January 2009 and quickly became notorious for her heavy use of eyeliner and side-sweeping fringe.

Not much has changed since then, and fans are still obsessed with Boxxybabee’s adventures. The Boxxybabee channel continues to exist, with 371,000 subscribers. More than a decade after the channel was established, it has more than 50 million views.

What happened to Boxxy?

Many were divided over Catherine Wayne’s content shortly after she became famous on YouTube as Boxxy. The divide was highlighted in a Guardian article at the time, which responded to Boxxy’s emergence on the internet.

During his time away, Wayne concentrated on her new channel called ANewHOPEee (2010), which she launched while he was inactive. The YouTube celebrity went on to regularly post on her new channel until 2015, when she began uploading vlog and Q&A-style videos.

Where is Tim Lovejoy today as Sunday Brunch host is missing?

Wayne has uploaded videos to her YouTube channel since 2016 on her ANewhopee channel. She looks back at her career on YouTube and the beginning of her career as Boxxy in this video.

“When I initially started creating YouTube videos — we’re talking about Boxxy for a split second here — I simply wanted to create some films for my friends,” she reflected in 2017.

In May 2018, Wayne announced she would be pausing her YouTube channels for a short time. She stated that she was taking a break from making films to focus on being more active on Instagram and Twitter.

Since then, she has expanded her presence with voice acting, appearing in the 2016 short Isabelle Ruins Everything as well as TV series Billy Dilley’s Super-Duper Subterranean Summer in 2017.

What happened to Ronnie Coleman? Injuries and surgeries explained