Blackpink Comeback and World Tour 2022; Everything We Know So Far 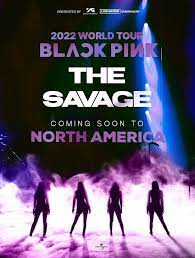 It’s been a long time since we’ve seen Blackpink perform new songs. The return of Blackpink is one of many Kpop fans’ burning questions, especially the Blinks. Without a doubt, BLACKPINK is right now massive. Fans are eager to see them perform new music as a group after seeing them achieve individual milestones (Rose, Lisa, Jennie). There have been several reports claiming that Blackpink will release new material in 2022. Furthermore, YG Entertainment has announced plans for a world tour by Blackpink in 2022.

The firm that houses Blackpink, YG Entertainment, has a long history of Kpop fandom. They’ve recently made headlines for mishandling one of their biggest assets, the largest girl group. Blinks (Blackpink fans) were breathing fire on social media after waiting too long for Blackpink to return. BlackPink’s progress might have been jeopardized by YG’s neglect, as the first studio album from the group was released after five years of debut.

Unlike Blackpink, which has a studio album on the way after five years, TREASURE is attentive to TRIUMPH, which debuted in 2020 and already has three single albums and a full-length release under its belt (in contrast to Blackpink, who had their debut). Due to YG’s carelessness, it appears that Blinks will be left behind compared to other artists. However, with their comeback date set for 2022, it looks like Blinks will get to hear new music from Blackpink for the first time.

Is Blackpink Making A Comeback in 2022?

Fans of Blackpink must be ecstatic. After a leaked financial report suggesting YG’s future plans went viral, followers believe a Blackpink comeback is imminent. Furthermore, according to the document, YG Entertainment may be planning a world tour for the four-member girl group in 2022.

Blackpink is a chart-topping, million-selling, and fan-favorite girl group. YG Entertainment, on the other hand, failed to promote them in the media. Blackpink began interacting with fans at meets and greets and even conducted an online live session. During the meet-and-greet with fans, Jennie hinted that she may return. There has yet to be an official announcement from YG. Jennie stated that she is unable to disclose any comeback spoilers and cannot tell when it will happen. However, the girls have been working on something new and want Blinks to anticipate it.

Following their debut, it was revealed that Jennie would join a girl group. She also said she’d be making a solo comeback after the group’s release. Jisoo, on the other hand, said she’d be returning as a solo artist. At this point, none of the solo debuts have been confirmed. Fans are optimistic about it, though.

Following Jisoo’s hint to fans on January 9, rumors of Blackpink’s return began circulating. YG is currently promoting the debut album by TREASURE. In addition, the firm is working on plans for a new female group.

YG Entertainment came under fire from Netizens and Blinks for the poor promotion of Lisa’s debut record. Jisoo made her acting debut in December 2020 with ‘Snowdrop,’ which was also released by YG; thus, the upscaling of marketing was neglected. Not to mention that Jisook is currently the only member in the group who has not had a solo career. The others – Jennie and Rose – were largely quiet throughout much of 2022.

In Q4, YG’s stock price failed in earnings and also missed a loss. It was predicted that Blackpink’s delayed return was one of the causes of the financial loss. The Blinks, who are boycotting Blackpink’s merchandise until the group performs again, previously vowed to cease buying YG products until the company’s share price falls twice in six months.

In 2022, we hope to see Blackpink return and interact with its supporters. The four-member girl group has been on hiatus for over 15 months. With Lovesick Girls as the lead single, Blackpink released their debut studio album in 2020. Blackpink’s first full-length album was a success. Fans, on the other hand, want them to produce new music.

Fans will have to wait for an official statement from YG Entertainment regarding Blackpink’s return and the world tour in 2022. You may watch Jisoo in Snowdrop now until further notice.