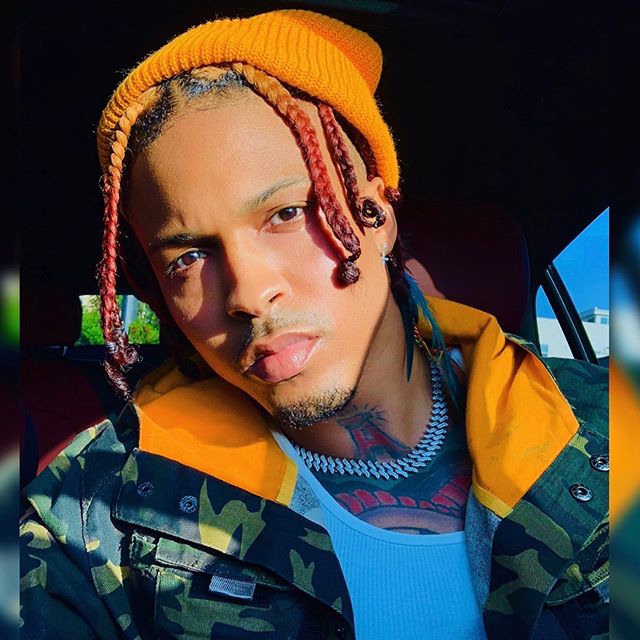 August Alsina is a well known R&B and hip-hop singer who has released a number of mixtapes including his debut in 2011 called Untitled and 2013’s The Product 2. His EP Downtown: Life Under the Gun was released on August 20, 2013 and his first album Testimony was released on April 15, 2014. He first uploaded videos to YouTube in 2007 when he was fourteen years old and one of the first included him singing a cover of “Hypothetically” by Lyfe Jennings. He is born on 3rd September 1992 and here you will find complete information about August Alsina bio, age, girlfriend, height, weight and net worth.

August Alsina age is 27 years old. He stands on a height of 5 feet 6 inches tall and weigh around 68 Kg. In addition, he has black eyes and has black hair.

August Alsina has claimed he had a love affair with actress Jada Pinkett Smith and that her husband Will Smith gave his blessing. He said: ‘I totally gave myself to that relationship for years of my life, and I truly and really, really deeply love and have a ton of love for her’. August and Jada attended the 2017 BET Awards together.

Moreover, on July 1, 2020, the following day, a representative for Pinkett Smith released a statement concerning the claims, referring to them as “absolutely not true”.

How much is August Alsina Worth? August Alsina is an American recording artist who has a net worth of $4 million dollars. His primary source of income is his singing career.

When he was in his early teens, he began uploading his own singing videos to YouTube. His family life was difficult with both his father and stepfather battling drug addiction issues. Later, he moved to Texas with his mother. However, after he was kicked out of his home, and his older brother was shot and killed, he chose to move to Atlanta, Georgia on his own.

In 2012, he released his first official mixtape, and then released a single and a second mixtape in 2013. He subsequently signed with Def Jam records and released his first EP in the same year. Then, in 2014, his album “Testimony”, was released and reached #2 on the Billboard 200 chart in addition to #1 on the US R&B and US R&B/Hip-Hop charts and sold half a million copies in the US.

In June 2014, August Alsina was the recipient of two BET Awards, one for “Best New Artist” and another for “Viewers Choice”. During his performance, August shocked the world when he brought Trey Songz and Chris Brown together on stage. Trey and Brown had reportedly been feuding. Alsina released his second studio album This Thing Called Life in 2015. That album reached #2 on both the US R&B and US R&B/Hip-Hop charts and #14 on the Billboard 200.

His single “I Luv This Shit” (featuring Trinidad James) was certified Platinum and reached #5 on the US R&B chart. Alsini’s other popular singles include “No Love” (remix) (featuring Nicki Minaj), “Ghetto” (featuring Richie Home Quan or Yo Gotti), and “Numb” (featuring B.o.B and Yo Gotti).

Currently, August is promoting his new album The Product III:stateofEMERGEncy, and has a new YouTube doc StateofEMERGEncy: The Rise of August Alsina.