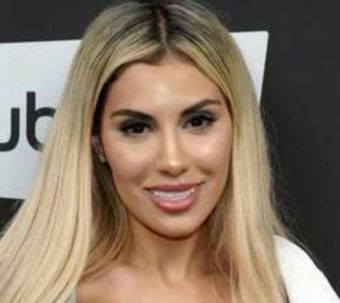 Alexa Dellanos, the daughter of celebrated American journalist, author, and television and radio show host Myrka Dellanos, has established a solid professional background as a model and internet phenomenon.

To forge her own path away from her mother’s shadow, Dellanos has successfully climbed out. Despite being an internet personality, much of Alexa Dellanos’ personal life is still unknown to the media. Here are some facts about the Instagram celebrity worth knowing.

How tall is Alexa Dellanos? She is a petite model, standing just 5 feet 2 inches tall. With a goal of celebrity on a platform that encourages networking and sharing images and videos, Alexa Dellanos has succeeded in preserving her physical appearance.

She weighs about 55 Kg or 121 lbs. Moreover, talking about the overall body measurement, the number ranges to 32 inches breast, 24 inches waist, and 34 inches hips.

Alexa Dellanos is a child of famous person, Mykra Dellanos, who is a television host and journalist. Her father, Alejandro Loynaz, is a doctor. She is the only kid among her siblings.

When Alexa Dellanos was only four years old, her parents’ marriage ended horribly, leaving her with a lot of emotional scars.

Her mother subsequently attempted to find love elsewhere, but she frequently fell for wolves in sheep’s clothing. A relationship with Ulysses Daniel Alonso became abusive and culminated in his imprisonment for domestic battery. Her mother’s love life didn’t improve after Daniel, therefore she decided to raise her daughter as a single parent while focusing on her job.

Mykra has a bachelor’s degree in Journalism from the University of Miami, where she graduated in 1986. In 1992, Mykra had her big break when she hosted the popular news program Primer Impacto.

She went on to star in various television programs and has won a slew of accolades, including the Heritage Council’s Hispanic Leadership Award and the Organisation of Ibero-American Journalist’s Person of the Year.

She is also a skilled pianist and dancer. She has written several publications, including Succeed and Be Happy: Things I Learned Thanks To God, My Mom, And Life.

Alexa Dellanos’ career began when her mother rose to prominence as a journalist. She lurked in the background of her mother’s fame and was frequently labeled a celebrity youngster. Alexa established her own professional journey as a model as she got older.

She began to share provocative photos on the video and picture sharing social networking site, Instagram. She has over 1.2 million followers since establishing her account (alexadellanos). On other social media platforms like Twitter, Tumblr, and Facebook, she has a large following. Alexa Dellanos also appears to have a passion for acting; she played the part of Eve in an episode of #ThisisCollege, which aired on MTV.

Alexa was born with a silver spoon, as she puts it. Alexa Dellanos had all of her needs met as a youngster, given that she was born to a mother whose net worth is estimated at $16 million and a father who is an accomplished medical practitioner.

Alexa Dellanos has launched her own empire, and she is doing quite well for herself. While the precise amount of her net worth is unknown, it’s believed that Alexa Dellanos makes between $2,000 and $3,000 per sponsored post on her social media account.

Some Facts About Alexa Dellanos