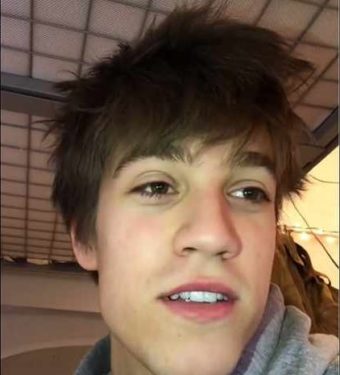 After being rejected by one of America’s most prestigious arts schools, a well-known TikTok star has received some guidance from Charlie Puth. Axel Webber is a 22-year-old Georgia-based online celebrity with 2.3 million followers on TikTok.

Axel has recently relocated to New York and established a YouTube channel, where he currently has 115,000 followers. Axel just applied to Juilliard’s top performing arts school, and after hearing some bad news, he went viral.

Axel Gets Denied From Juilliard

On January 9th, Axel revealed on TikTok that he was going for an audition at Juilliard and described himself as “nervous and thrilled.” He uploaded a video chronicling the event before confessing that he felt like he had “failed” the exam.

“The guy gave me absolutely no reaction. He just stared, right into my soul. He didn’t even say anything until he said ‘thanks’ and then joined the other breakout room in the Zoom call,” he said.

On Monday (January 10th), he published a “final Juilliard news” in which he stated that he had been denied from the institution. He displayed the letter of rejection, which read, “Dear Axel, on behalf of the Juilliard division, thank you for your interest in our program and for sharing your gift with us.”

Singer Charlie Puth, who was also rejected by the Juilliard School, commented on Axel’s video, saying: “Hey friend…I also didn’t get into Juilliard … but things ended up being just fine for me. I cried too.”

Then, he posted his own video in which he gave the TikTok star some advice.

“Not only did I not get into Juilliard but I didn’t get into five of these prestigious schools that I wanted to get into that I thought would better my career,” he said.

“While I do think school is great and I didn’t end up going to Berkeley, prestigious conservatory for the arts is not going to be the thing that defines your career as an actor,” the singer added. “It certainly wasn’t the only and most important thing that made my career happen. We experience rejection every day of our lives, and as hard as it is to swallow in the moment, it’s the thing that pushes you further creatively.”

“It pushes my music, and it’s gonna push your acting as well. so you Axel do not need to worry at all, I like your videos a lot, there’s something very special about you,” he concluded.

“And I like your tiny apartment. You’re gonna be okay bro I promise,” he added.