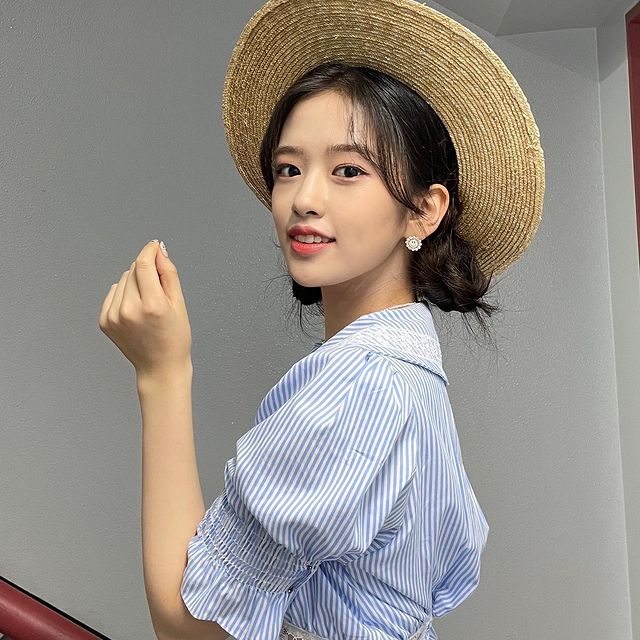 After Yujin’s comments on CLC’s girl band, majorpanic is sweeping the internet right now. CLC’s fans have taken to Twitter to speculate about a disbandment!

A Chinese participant on MNet’s Girls Planet 999, who was expected to cover Helicopter, a song by Yujin’s band CLC, had used a line from the song to describe what she thought of the original performers.

She said, “We go to the top, but you don’t.” Fans of Yujin saw this as a diss from the beginning.

A clip of Yujin covering her mic and crying after the first episode aired was also released. Fans and viewers of Girl Planet999 were shocked by the clip.

Fans were concerned because they didn’t understand why Yujin was sobbing. Was it the trainees, or was she eliminated from the series altogether? Online speculation about Girls Planet 999 exploded.

Some fans noticed Yujin’s feet all bandaged. They wondered if Yujin was crying from the pain. Fans will have to wait to see if Yujin makes it to the next level.

She has also been seen as an actress in shows like Nightmare Teacher or So Not Worth It. Yujin can also be viewed on Naver TV in Green Fever, a web drama.

After Yujin’s appearance at ‘Girls Planet 999,’ fans of the group took to Twitter.

It is clear that the fanbase is in dispute, trying to decide if CLC are really disband.

One of Yujin wrote on Twitter, “i trusted cube for having an observation to what they did to their other artists, they let them enter survival shows enable for them to get recognition, if they’ll really gonna disband clc now, really f*ck off i’ll gonna defend my girls no matter what.”

Another wrote: “yujin said clc was dismissed not disband, which is basically what elkie said before, cube simply said to them “you can do whatever you want but we are not supporting you anymore” they probably didn’t disband yet bc of contract.”

Another person wrote, “they didn’t disband they were dismissed aka Cube is gonna leave them in the dungeon until the contract expires. The reason Yujin went on GP999 is prob cuz if she does well and gains popularity then CUBE will give CLC a cb and prob why they never released an official announcement.”

Cube Entertainment has yet to confirm or discredit the rumours about CLC’s dissolution.