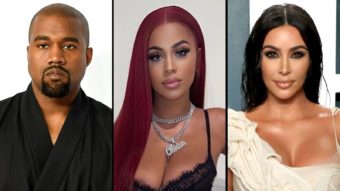 Yasmine Lopez was seen in attendance at a party attended by Kanye West, which has piqued public curiosity about her love life. This week, J Mulan’s birthday celebration attracted the attention of Instagram star Yasmine Lopez, as well as Ye, Michaela Mendez, and other celebrities.

But what, exactly, is Yasmine? Learn all you need to know about her here, including her career, personal life, and social media profiles.

Who is Yasmine Lopez?

Yasmine Lopez is a model and Instagram celebrity. She was born on January 27th, 1999. She attended Harvard University as a medical student, but she has focused more on her work as a social media influencer and business owner in recent years.

She’s worked with companies like Fifth Wavee, Fashion Nova, and Viva De Luxe on her Instagram account. She has also been seen on television in the Zeus reality show One Mo’ Chance after a minor role in the series. Yasmine has over 1.1 million Instagram followers and you may find her on the following page.

Who Is Her Baby Father?

Yasmine announced that her baby’s father is NFL player Trevon Diggs. They were said to have been together for a short time in 2020 but are no longer together.

After photographs of Trey Songz and Yasmine were posted on social media, it was rumored that he is the baby’s father. However, these rumors proved to be untrue. Yasmine gave birth to a boy named Chosen Alexander in August 2021. Yasmine’s Instagram bio refers to her as “Chosen’ mommy,” and he is frequently seen on her account.

Following Ye‘s and other celebrities’ birthday celebration for Mulan, the Instagram model has gained internet attention. J Mulan’s real birthday is on December 30th, however the birthday party took place at Thirteen in Houston, Texas on Tuesday, December 28th.

In a video tweet by Ye, Yasmine was seen with Justin LaBoy and him. Meanwhile, the birthday girl uploaded a short clip of herself with Ye, along with the caption: “KANYE WEST DROVE UP FOR MY MF BIRTHDAY PARTY!!!!!!!”