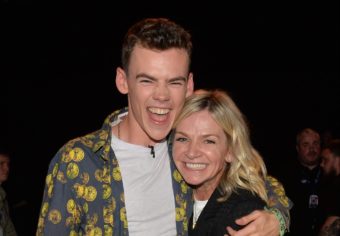 In January 2019, a student who works in a pub came out as bisexual.

Woody’s grandfather is also famous – he was Johnny Ball, a television personality. Woody is from Brighton and has an older sister named Nelly May Louise.

His lover is Amber, who on March 3, 2020, marked their six-month anniversary with a trip to New Zealand.

What TV shows has Woody Fred Cook been on?

Woody made his television debut on The Circle 2 on September 24, 2019. Woody unintentionally flirted with Richard Madeley during the show. In the reality series, he played himself but didn’t identify his famous parents until several episodes in.

What did Zoe Ball and Norman Cook say about Woody competing on The Circle?

Woody said his family were supportive and cautious over his TV debut.

He said: “My parents do know I’m doing the show and they are supportive. They have ­given me a lot to think about from past experiences, and advice.

“They said that what you say on TV is out there forever and you can’t unsay it and that once you share too much you never unshare it.”

As he debuted on the show, Zoe tweeted: “Good luck to my best boy on his adventure on