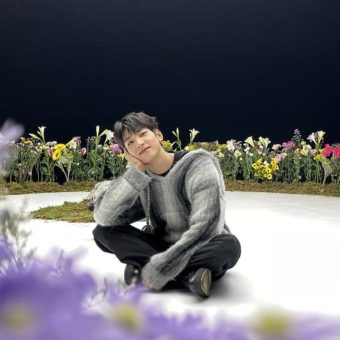 Wonwoo (Wonu) is a South Korean rapper who performs under Pledis Entertainment. He is a member of the male group SEVENTEEN, also known as “Hip Hop Team.”

Lyricist and rapper who became a part of the Pledis Entertainment group Seventeen. He is also skilled as a dancer.

Wonwoo used to take guitar lessons. He initially auditioned for Pledis just to gain experience, but wound up passing the audition.

He graduated from the School of Performing Arts Seoul in 2015.

How tall is Wonwoo? He stands tall with a height of 5 feet 7 inches and weighs about 64 kilos. He is a fitness freak as well. He has blonde hair and has light brown eyes.

Wonwoo hometown is Changwon, Gyeongsangnam-do; but he moved to Seoul in his third year of middle school. His brother is Jeon Bohyuk.

He’s rapped alongside Chwe Hansol in the boy band Seventeen.