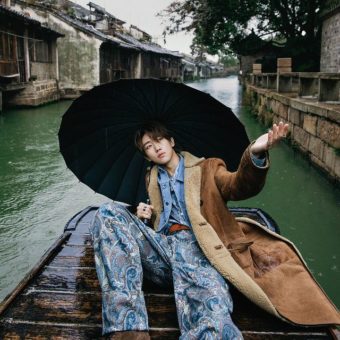 The8 (디에잇) is a Chinese singer, dancer, and songwriter under Pledis Entertainment. He is a member of the SEVENTEEN boy group under ‘Performance Team.’ He made his first appearance on Seventeen TV in late 2014.

In 2015, The8 debuted with South Korea’s boy band Seventeen. Their first EP, 17 Carat, was released digitally on May 29th. The8 rose to fame in 2017 after making her acting debut on the drama Seventeen. The8 also had a television part in Real Class – Elementary School, which aired in 2017.

On December 12, Pledis announced that The8 would be withdrawing from his career due to a waist ailment. He did not return to activities until after the release of the revised album “Directors Cut.”

The8 released his mixtape, “Night and Rain”(밤과 비), on March 8th 2018. The song was released on Soundcloud, along with a sneak peek posted to his Instagram.

How tall is THE8? He stands tall with a height of 5 feet and 8 inches and weighs about 63 kilos. He is a fitness freak as well. He has blonde hair and has light brown eyes.

In 2018, The8 took part in the Chinese reality TV show Chao Yin Zhan Ji (潮音战纪), along with his bandmate Wen Junhui. The8 and Victor went on to finish the program, placing second.

In 2019 he served as one of the two dance coaches (alongside Jolin Tsai) in the Chinese survival show Idol Producer 2.

He appeared on Seventeen TV in 2014 and performed with the group at the SBS Awards Festival in December of that year.

He was a B-Boy in China for six years. He aspired to be a superstar from a young age.

He won first place in the National Children’s martial arts competition and he has been on CCTV Zhong-yi-jie-mu and Tian-tian-xiang-shang.

He also goes by the names Seo Myungho and Xu-Ming Hao. He is an only child.

He joined Yoon Jeonghan as a member of Seventeen.