Will Envy Die in Fullmetal Alchemist? Exploring the Homunculus’s End 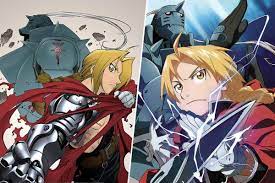 What characteristics must a great adversary possess? Must they be evil? Or can they simply be callous? While we speculate on the depraved behaviors of an antagonist, Fullmetal Alchemist provides us with a fantastic glimpse into several excellent villains. What makes this story so great is not just the protagonist’s efforts, but also the villain’s tremendous assaults. Envy, the cruel homunculus at the center of the story, is not only powerful but also one of Fullmetal Alchemist’s most entertaining villains. The character is a sadist who satisfies all elements of a terrible antagonist until the end. While I go on and on about how excellent Envy is as a villain, the fact remains that antagonists don’t generally receive such nice endings. So, will Envy live or perish in Fullmetal Alchemist?

Fullmetal Alchemist is well-known for its interesting characters. Hiromu Arakawa’s manga was adapted into two anime series. Despite being a loose adaptation of the manga, Bones released Fullmetal Alchemist Brotherhood as a genuine adaptation to popular demand. Although there is no evidence of Envy in the series, it does appear in the source material. Square Enix published Fullmetal Alchemist (manga), which has sold over 80 million copies worldwide. This is a highly popular manga with fans stating that they enjoy the story’s powerful antagonists.

Envy, as a homunculus, is really powerful. Will they be able to break free from their karma for his crimes? Or will Envy perish in Fullmetal Alchemist? Here are all of your questions answered.

Envy is a homunculus voiced by Minami Takayama. Their gender has yet to be determined at the conclusion of the tale. Envy is shaped like a young man with long hair. They are one of the first homunculi to appear in the series. When they have been completely devoid of energy, they shrink up and resemble reptiles. Envy is a malicious and cruel adversary, as previously stated. They use every means at their disposal to start fights with their opponents. Because they are homunculi, they are full of hatred and have exhibited several indications of suffering from deep sadness.

Will Envy Die in Fullmetal Alchemist?

Yes, Envy will meet her demise in Fullmetal Alchemist. The majority of the time, we don’t anticipate evil characters to win a story. Envy approaches the climax of the tale in Fullmetal Alchemist. In fact, the character is given a spectacular conclusion. Envy confronts Edward, Mustang, Riza, and the chimeras face-to-face in the final fight. It is at this point that Mustang realizes that Maes Hughes was killed by none other than the homunculus that stands in front. Mustang, who had been bottling up all the anger, loses control and unleashes his wrath on Envy. He incinerates the homunculus multiple times until they lose all his powers.

The others stop Mustang from giving in to his negative feelings as he goes berserk. Edward takes hold of Envy, who tries to get them fighting once again in order to make themselves appear superior. Rather than falling for their trap, Edward speaks his mind and tells them that they’re jealous of a person’s resolve. Envy is ashamed and therefore flees, but he or she destroys the philosopher’s stone in their body out of shame. As they expire, tears stream down their cheeks.

Where to Watch Fullmetal Alchemist?

The series is currently available on popular streaming services such as Netflix, Crunchyroll, and Hulu.