Who Is Nessa Barrett: Biography, Career & Net Worth Explored 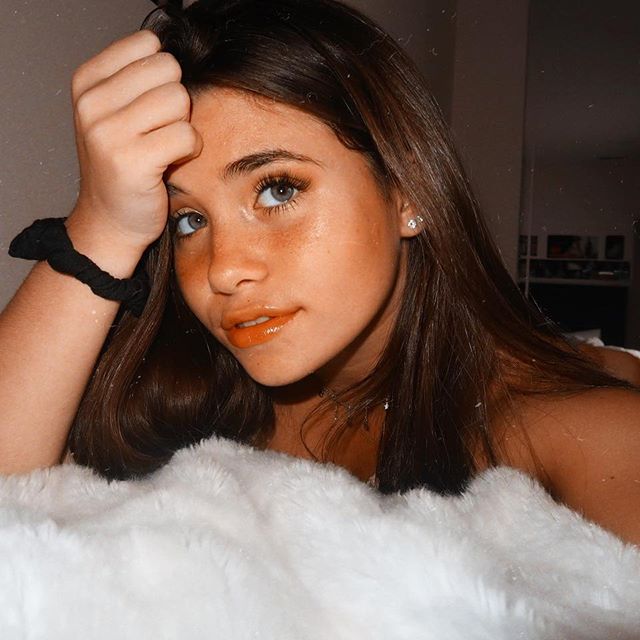 Nessa Barrett, also known as Nessa, is an American social media celebrity and singer who gained fame for her lip-sync videos on TikTok and her two singles “Pain” and “If you love me.” Nessa began posting on video sharing site TikTok in 2019 and had millions of followers less than a year later.

Nessa relocated to Los Angeles in 2020 and signed with Warner Records. Nessa’s music career began in July 2020 when she released her debut single “Pain.” She subsequently debuted her second song, “If you love me.”

Nessa Barrett was born on August 6, 2002, in New Jersey, United States. She is of Puerto Rican heritage. Her brother Julian has appeared in several of her social media postings.

Nessa began her career on TikTok in 2019 and within a few months, she had millions of followers. Her sister was the one who urged Nessa to create an account on TikTok. More than a year after she started uploading videos to the site, Nesa has over 11 million followers.

Nessa is a popular personality on TikTok for her lip-sync songs and lifestyle content. She will lip-sync to rap and pop songs, as well as comedy exchanges from TV series and films.

One of Nessa’s TikTok videos utilizing the mirroring effect in April 2020 had more than 10 million views.

Nessa signed with Warner Records in Los Angeles in 2020. Nessa’s music career began in July 2020 with the release of her debut single, “Pain.” She subsequently published her second song, “If you love me.”

“This song is a total flip from ‘Pain,’” Nessa said in a statement about her new song “If you love me.” “‘if u love me’ is more badass, more edgy and explains that if you hurt me, I’ll hurt you back. Still, within all that, there’s another emotion that comes out: feeling guilty that you hurt someone you love even though they hurt you first.”

Who Is Nessa Barrett?

Nessa has also incurred criticism for her TikTok videos. She released a dance to an audio clip of someone reading from the Quran in 2020. She subsequently started a live session on TikTok to clarify her choice amid the protest.

“We were trying to think of ideas for TikToks and I was scrolling on my For You page and I saw a video of an old guy singing something and I didn’t understand what he was saying but I really thought it was the cutest thing,” she explained on TikTok Live. “I know that it could have been taken offensively. I just want to apologize for anyone who took it that way and was offended. I think…I’m sorry.”

Nessa has spoken about her personal life on social media. She’s discussed her recent bipolar disorder diagnosis as well as the bullying she endured as a youngster on social media.

Nessa dated Josh Richards, a fellow TikTok star, from 2019 to 2020. “We recognized we needed to mature and grow as individuals,” Josh said in a YouTube video announcing the couple’s breakup. “But it felt almost like we weren’t quite ready for as serious as it was.

“Shortly after the couple broke up, she kissed another TikTok star, Chase Hudson, who was seeing someone else at the time. She received a lot of hate for the situation. “I’m tired of being everyone’s scapegoat, no matter what I say or what people say I’ve done, I get hate online,” she told People about the situation.