Who is Murilo Huff, Marília Mendonça Fiancé? Know everything about him 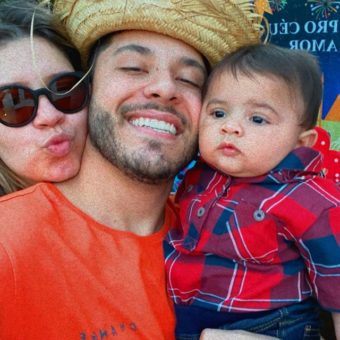 Meet Murilo Huff, a Brazilian singer and songwriter who was previously engaged to marry the late artist before their split prior to her death.

One of Brazil’s biggest singers Marília Mendonça has been tragically killed in a plane crash on her way to a concert, according to The Guardian.

Ex-boyfriend of Marília Mendonça , Murilo Huff gave an exclusive interview to Fantástico on Sunday (7), in which he spoke about the singer, who died in a plane crash on Friday (5) . He was moved when talking about how he will raise Léo, the couple’s one year and 10 months old son:

He said he will have the help of his mother and ex-mother-in-law, Ruth, with whom the boy lived, with his mother.

Who is Murilo Huff?

Murilo Huff is best known as the boyfriend and fiancée of late pop singer Marília Mendonça.

After maintaining casual relationships, in May 2019 she revealed she had been in a serious relationship for five months with fellow singer and songwriter Murilo Huff. The couple got engaged and moved in together.

In June the same year, she confirmed that she was pregnant, giving birth to her son Léo, born eight weeks premature, on 16 December 2019, in Goiânia.

Murilo and Marília were together for four years, between comings and goings. The relationship ended in September, for a “beastly” reason, he said. The singer said that “for sure” would be with her on the plane if they were still together:

“I was going to be there too, inside the plane.” Because I didn’t have a show this weekend and she was coming back to shows, in the best phase of her life, super happy with the projects.

Murilo said that he kept in constant contact with Marília even after the breakup.

The relationship was very good. Every time we had some kind of friction, let’s say we had to get away as a couple, but we always respect too much. We never stopped talking, especially after Leo. I always respected her a lot as a mother and she respected me a lot as a father too, above all else – he said.

The singer also described how much he thought Marília was special:

‘She was too intense and she loved too much. She loved so much, everything. I always say she is a genius. First composition, 12 years old… She was always way ahead of her time. Wherever she put her hand, she changed everyone’s life. I don’t talk financially. But she changed, whether it was with a word, advice, a story she told. Or, I don’t know, with a little push, you know? In order for anything to happen, she changed everyone’s lives.

She was nominated for a Latin Grammy for Best Sertaneja Music Album in 2017. She took a trip to London, England in February 2019.

Her parents are Ruth Dias and Mário Mendonça.