Who Is David Lynn: Tiger Woods Asks For His Autograph 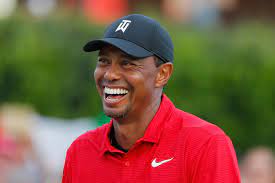 Tiger Woods has asked for an autograph from David Lynn this week. Here’s who he is now after the post gained popularity. This week, much of the conversation in the golf world has focused on whether Tiger Woods will compete at The Masters. This is a photo of him earlier in the year. Who Is David Lynn: Tiger Woods Asks For His Autograph.

Tiger Woods Asks For His Autograph

Tiger Woods is a member of the World Golf Hall of Fame, and he has been named one of the 100 Most Influential People in Sports by Time magazine. He is also regarded as one of the most popular athletes in America and perhaps the world.

Tiger Woods, who has 15 major titles to his name, must have signed thousands upon thousands of autographs throughout his career. It’s difficult to think him ever asking for one in return. However, this occurred just recently when Tiger Woods asked David Lynn for an autograph. Lynn posted a Twitter image of Tiger’s request, which said: “Dear Dave, please feel free to sign and return this photograph to me at Jupiter Island since it is for my personal collection and not for resale. Best wishes, Tiger.”

On the same day that her original post went viral on social media, Lynn responded to it on Twitter with a follow-up statement:

‘Wow, my most recent tweet has over one million views,’ he tweeted. ‘He’s only requested for an autograph from when we played; anyhow, Frank Sinatra (sic) messaged and requested if I could kindly sign something he was sending through today from when we did karaoke together #popular.’

Who Is David Lynn?

Following the unusual autograph request from Tiger, many fans wondered who David Lynn was. David Lynn is a former English golfer who previously played for Wigan and Stoke as a goalkeeper.

In 1995, he debuted as a professional golfer, but only won three times throughout his career. However, he has become a pub quiz phenomenon over time.

Because he finished second in the 2012 PGA Championship, eight strokes behind Rory McIlroy. It was a fantastic finish as far as ties are concerned; his only previous major appearance was a tie for 53rd place in the 2003 Open, and he had never played in an American 72-hole event previously.

Despite being one of the shortest players on tour, he finished second as an underdog, taking home $865,000 and obtaining a PGA Tour card for the following season. Lynn also climbed to a career best 40th place at age 38.

As stated by Today’s Golfer, today he manages a property portfolio of mixed-use assets that is worth around $450 million.

He’s recently been involved in his first-ever housing project and is now selling off the final 38 flats, which are all named after his favorite UK golf courses.

Woods Is A ‘Game-Time Decision’ For This Weekend’s Masters

This weekend, the Masters returns to Augusta National for The Masters, and five-time champion Tiger Woods might make a comeback. Since November 2020, Woods has not played on the main tour due to a postponed event.

In February 2021, Woods suffered significant leg injuries in a vehicle accident in California, including open fractures. Last week, he revealed that it will be a “game-time” decision as to whether he can compete this weekend.

On Monday, he was seen shooting a few practice rounds at Augusta National, which only added to the buzz of his return.