Images of Sonic 2 McDonalds Toys Leaked: Check It Out Here 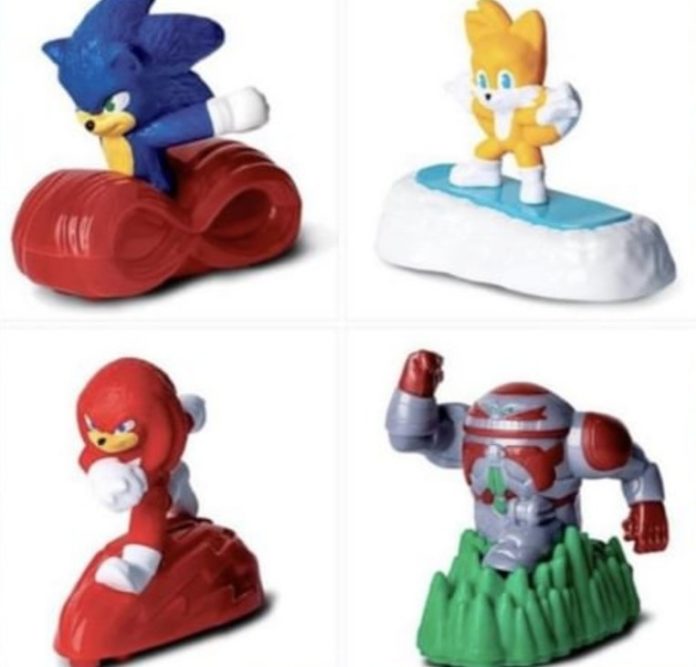 Leaked pictures of McDonald’s toys for the new Sonic 2 film have enraged fans. Many of the comments have since been deleted. On April 8th 2022, the highly-anticipated sequel to Sonic the Hedgehog movie will premiere in theaters.

The first Sonic film was released in 2022 and became the highest-grossing video game film in North America and Canada, earning $319.7 million worldwide. Many fans, on the other hand, have been left disappointed and angry as a result of early details about the sequel. Images of Sonic 2 McDonalds Toys Leaked: Check It Out Here.

Fans of all stripes just want to see spoiler-free pictures for the long-awaited Sonic 2. We won’t be posting any plot spoilers or leaked images.

But we do know that McDonald’s has confirmed the arrival of 10 separate toys as part of a collaboration with the movie, according to rumors.

On Twitter and YouTube, a tenth surprise item was prematurely revealed; fans subsequently criticized the postings for removal.

Fans Furious Over The Leaked Images

Fans on social media have been enraged after seeing the stolen pictures, many of which have since been removed owing to copyright concerns.

“Great… I can see why everyone is talking about McDonalds’s Sonic 2 toys… THEY SPOILED SOMETHING VERY IMPORTANT!!” tweeted one fan.

Another Twitter user commented: “It seems the surprise McDonald’s toy from Sonic movie 2 has already been leaked, I really don’t want to know what it is, but literally.”

Who Stars In The Sequel?

Sonic is voiced by Ben Schwartz, and Dr. Robotnik is voiced by Jim Carrey, as they have been in previous Sonic animations. In this adaptation, new faces include James Marsden as Tom (the Donut Lord), Tika Sumpter as Maddie, and Idris Elba as Knuckles.

Sonic the Hedgehog 2 will premiere in the UK and US on April 8th 2022. Meanwhile, some fans have chosen to log off their social media profiles in order to avoid hints until the film’s release.