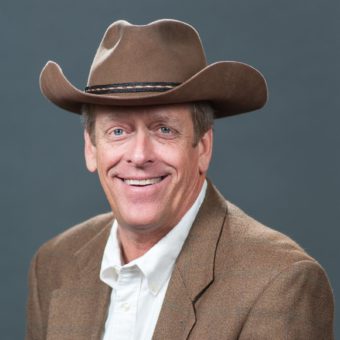 Kent Taylor is an American business man who is the founder and CEO of Texas Roadhouse, died on March 18 after battling COVID-19-related symptoms, his family announced.

Greg Moore, lead director of Texas Roadhouse Inc., said in a press release that the company is “deeply saddened” by the 65-year-old’s passing.

“He founded Texas Roadhouse and dedicated himself to building it into a legendary experience for ‘Roadies’ and restaurant guests alike,” Moore added. “He was, without a doubt, a people-first leader. His entrepreneurial spirit will live on in the company he built, the projects he supported and the lives he touched.”

Kent Taylor’s cause of death

According to the Louisville Courier Journal, Taylor committed suicide after suffering from “post-COVID related symptoms, including extreme tinnitus.” Tinnitus is an experience of ringing, buzzing, roaring, clicking, hissing, or humming in the ears that is not caused by any external sound. According to the Mayo Clinic, tinnitus may be constant or intermittent (continuous phantom sounds).

“Kent battled and fought hard like the former track champion that he was, but the suffering that greatly intensified in recent days became unbearable,” the family’s statement added. “But in true Kent fashion, he always found a silver lining to help others. Most recently, he committed to fund a clinical study to help members of the military who also suffer with tinnitus.”

According to People, Taylor not only purchased PPE for the employees of Texas Roadhouse’s 579 restaurants, but he also donated his annual income and bonus—a compensation package worth more than $800,000—to benefit them. He also gave an additional $5 million to Andy’s Outreach, a fund established 18 years ago that provides financial assistance to employees in need. “It’s how I was raised. I did what I felt was right,” Taylor told People in June 2020. “This is that kind of time where you have to persist and think differently and take care of those that are with you and lift everyone’s spirits and march forward.”

“Kent’s selfless act, no surprise to anyone who knew him and his strong belief in servant leadership,” said Moore in Texas Roadhouse’s release.

What is the net worth of Jamal Murray?

As of March 15, Taylor was worth at least $601 million—including his ownership of more than 70,000 units of Texas Roadhouse Inc. stock (NASDAQ:TXRH), worth more than $290 million—according to Wallmine.

On March 19, Texas Roadhouse Inc. announced that company president Jerry Morgan would assume the role of CEO effective immediately. “Jerry’s operational background and 20-plus years of Texas Roadhouse experience will be key in helping the Company and Roadies move forward after such a tragic loss,” Moore said at the time.

What is the net worth of Molly Bloom: House, Cars, Income & more