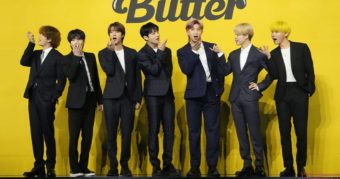 This isn’t a joke, BTS fans. ARMYs have just discovered a live stream on YouTube called “BTS CCTV LIVE,” and we’re all distracted by the prospect of deciphering it. So, what exactly is BTS CCTV LIVE? Here’s what we know so far…

What Is BTS CCTV Live?

Essentially, 30 minutes of BTS CCTV LIVE video was panned on eight different locations in CCTV camera style. The various rooms in the house were as odd and unusual as their inhabitants. What does it all signify?

What Happened In The Love Footage?

Strangely, each member of BTS was seen on screen for a split second before disappearing. In the first section of the video, Jin presented his face before Jimin, then RM in the dance studio. Suga subsequently emerged on camera before disappearing. The camera followed J-Hope before revealing V and then Jungkook last.

Fans got even more perplexed when a message reading “SUPER CASTING IS RIGHT AROUND THE CORNER” appeared on the screen, and then the live stream was cut off. We’re just as confused as you are!

BTS fans have become amateur detectives in order to figure out what the cryptic images might be implying. Many people are comparing the footage to George Butter’s live feed, which featured a stick of butter melting for one hour.

Others believe that the live included some form of cracking code.

One person tweeted: “BTS CCTV LIVE SO WHAT IS HAPPENING ???”

Somebody else took to Twitter: “BTS CCTV LIVE IS GIVING ME THE MELTING BUTTER VIBE, DON’T KNOW WHY.”