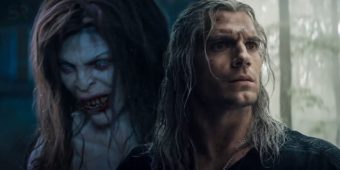 The Witcher season 2 has just begun, and the first episode has already aired. With The Witcher 3 set to release in less than a month (May 19), we’ve prepared some answers to common questions that fans have while they wait for the title’s release. We’ll go through everything you need to know about the upcoming installment in this series of articles.

The Blood of Elves novel by Andrzej Sapkowski is said to serve as the basis for The Witcher’s second season, which will start the Time of Contempt. This chapter will pick up after the conflict at Soden and see Geralt return Ciri to Kaer Morhen so she may be protected and trained.

The series is based on the Sapkowski novels, which were also made into a popular video game franchise by CD Projekt Red, to which actor Cavill is a big supporter.

Vereena is recognized to be a strong Bruxa and has qualities in common with earlier-seen vampiric figures from various civilizations. Blood-thirsty characters are linked to Nivellen, an animalistic actor who portrays the character in season 2 of Game of Thrones.

Vereena is introduced in the live-action series as a capable and competent adversary to Geralt when they encounter one another in season 2.

What Is a Bruxa?

The Bruxa is a vampire type that has its roots in mythology and folklore.According to an interview with Lithub, Sapkowski drew inspiration from Portuguese folklore and mythology while developing his race of Bruxa.

Bruxas are described as a tribe of mostly female blood-suckers who were once witches whilst living out their mortal lives.

Despite the fact that the Bruxa seldom leaves her home at night, the light does not have the same effect on them as more traditional depictions of monsters.

Who Plays Vereena In Season 2?

Agnes Born plays Vereena in The Witcher season 2. Her mother worked in theaters, and she got interested in acting and theater as a result.

Born’s career began when she was cast as Jani van Gebert in the Norwegian series Monster. Born has a movie in post-production, where she will play Roslyn in Floria Sigismondi’s The Silence of Mercy.