What happened with TikTok star Katelyn Ballman: Everything know about her 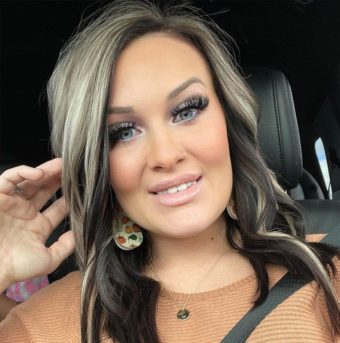 Katelyn Ballman, who used the handle @itskaiteeebee on Tiktok, had more than 1.5 million likes and 78,000 followers. The internet personality, who frequently made videos featuring her husband and four children, posted for the last time on Sept. 27, 2021. Fans are worried for her family and are wondering about Katelyn’s cause of death.

Read on for everything we know about Katelyn’s death.

What was Katelyn Ballman cause of death?

Katelyn’s aunt, Saundra Mae-Lynn, published a Facebook status on Sept. 30, 2021, to announce the demise of her niece after she had stopped posting. “It is with great sadness that I must inform you that my niece Katelyn Ballman only 27 years old has passed away. She was charming and amusing as well as a kind mother.

“I didn’t hear from her often, but she did call once in a while. Nothing, as far as I know, is known about the cause of death. If you know Brenda Herbers, contact her for further information. Bless her and her family.”

An obituary for Katelyn, published the following day, incorrectly stated that she died of a heart attack at age 25. Her parents, mother-in-law, spouse, and children were among her survivors.

Katelyn’s content was almost exclusively focused on her daily life as a mother and was “just for fun,” according to her TikTok profile. Katelyn hinted at her personal life in an August 25, 2021 video by dancing to a song with the caption, “When you have to sneak out of transitional living to sleep with him every weekend.” The hashtags on the video are #recoverylife and #livingclean, indicating that Katelyn was in recovery when she died.

Katelyn’s bright personality, cheerful attitude, and pleasant disposition will be missed by her community in Ohio and the worldwide internet community.

Who was Katelyn Ballman?

Katelyn Ballman was a TikTok star from Ohio.

Her TikTok account is itskatieeebee, and she had more than 77,000 followers and her content had 1.5 million likes.

She had a secondary Tik Tok account called itskatieebee2.0, which had over 6,700 followers and 24.5K likes.

She shared content about her family, and often posted videos that were considered trends on the platform.

Katelyn’s mother-in-law, Kim Williams Wurtz, posted a tribute to her:

“I write a post tonight that I never thought in a million years I would every have to write. My precious, beautiful, loving, compassionate, kind, happy, joyful and so much more daughter-in-love passed away suddenly yesterday.

God truly blessed our family with this Lil spit fire that came into our family with so much love and compassion and never looked back. She loved Josh Wurtz with an unconditional love.”